Tata Motors' shares in early trade soared over 5% on BSE despite posting a 17% decline in net profits during Q4. So what is the reason for this huge gain in the stock? We take a look. 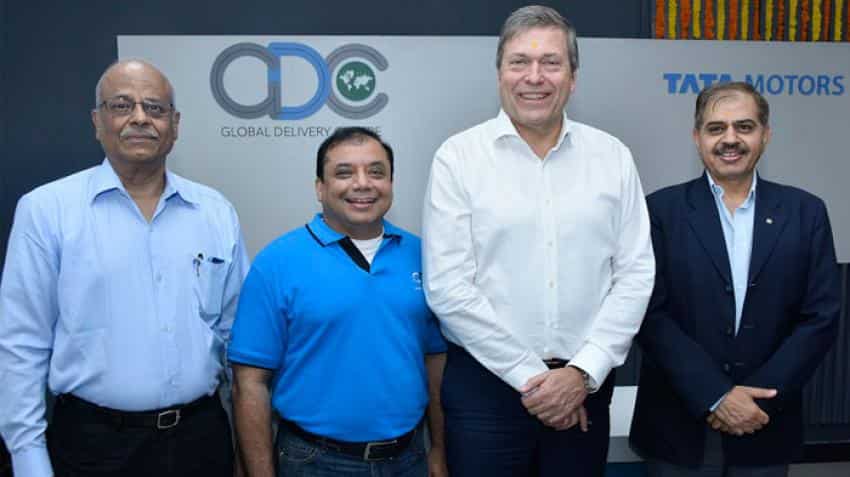 Tata Motors reported a 17% fall in its net profit on Tuesday evening and a 2.9% drop in consolidated revenues in Q4 Y17. However, the Indian automobile company's shares soared by nearly 5% and emerged as a top gainer on BSE in early trading on Wednesday. At 09:35 hours, Tata Motors was trading at Rs 466 per piece above Rs 16 or 3.53%.

So what is the reason for this positive momentum in Tata Motors stocks when the company has seen a decline in profits from corresponding quarter last year?

One of the reasons is that though Tata Motors net profit was down it had beat the Street's expectations. Financial analysts were expecting the company to post much more lower net profits and revenues during the quarter as a result of the impact of the Bharat Stage III emission ban by the Supreme Court. For instance, Motilal Oswal said that the Jaguar Land Rover (JLR) segment revenues was above their estimates.

The report says that lower BS-III discounts had driven Tata Motors' margins after the ban by Supreme Court. This resulted in loss of only Rs 150 crore for the pending BS-III inventory.

It was earlier estimated that Tata Motors along with Ashok Leyland and Mahindra & Mahindra has over Rs 5,000 crore of unsold BS-III inventory.

Besides the lower impact of BS-III ban on the company, Tata Motors saw an improvement in its results due to the improved product mix and a price increase of about 3% taken in January 2017 which resulted in a higher Medium and Heavy Commercial Vehicles (MHCV) market share.