Snapdeal has not taken its foot of the advertising peddle despite talks with several e-commerce companies for the sale of the company. 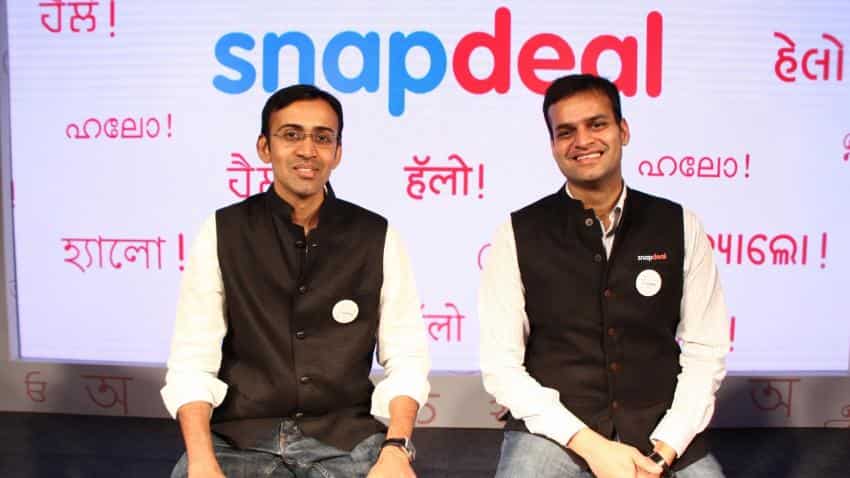 Flipkart Board may have approved revised offer from Snapdeal, report says

While Snapdeal rejected Flipkart's first offer of $800-850 million during this month, this was followed by latter coming back with a revised offer for $900-950 million last week. The saga between the two e-commerce rivals has been continuing for months, Snapdeal which is on sale is still continues to spend on marketing and advertising.

Now it seems listed e-commerce company Infibeam has joined in the bid to acquire Snapdeal as it was reported that Infibeam's termsheet is likely to have valued the company at $1 billion. The talks with the company are still on.

During a week prior to the implementation of the goods and service tax (GST) Snapdeal had increased its advertising on TV apart from other mediums such as digital, despite being cash strapped and with investors looking for an exit through its sale.

The advertising may not be to the level it once used to, it is still seen continuing to spend despite with investor money running out.

It was also seen having its pre-GST sale and even offering an end of season sale in which it offers 80% discounts. Something that has been seen as a reason why the company is in the spot where they are today.

It was not long ago where the company was seen splurging Rs 200 crore (August 2016) on lavish TV, print and outdoor campaigns.

Despite the heavy losses Snapdeal was one of the top advertisers last year. It's ad spends on TV, print and radio alone amounted to Rs 864.9 crore, according to data by MAP (TAM Adex).

While Snapdeal did not respond to a mail sent by the Zeebiz team, however a senior source from the company said that the advertising is essentially part of its marketing and that it is essential as the business is an ongoing concern.

“The business is running and you need to advertise in order to attract buyers. It is more conservative than what they used to be as we have cut down out marketing spends from what they were. Despite what the reports are and what is going on the business needs to keep running,” said the source.

However, the source did not say how much have the reduced their ad spends.

Similarly, when we spoke to its media agency Madison, a senior executive said that they are running the business as usual. “They have to make sales, so they have to advertise. That's the reason as business has to go on as usual for them irrespective of the acquisition or not,” the executive said.

When asked whether they pre-buy inventory and a reason for their advertising campaign to continue, the media agency executive said that with some channel partners they may have a long term relationship with them and may pre-buy inventory for a number of months, but for others it is depending on their campaign.

Giving an explanation as to why the cash strapped e-commerce company is still spending on advertising Balakrishna PM, CEO of Allied Media Network & EVP Percept Media said that they continue to spend on advertising as the need to maintain the relevance of the brand and to still be top of the mind for flash purchases.

“There is no loyalty and no fixed destination with online companies. So there is no escape from advertising for them. It is not like in offline stores where you visit a particular store to buy your groceries, etc. In fact, we have been trained to go to several different sites to get the best deal. If they stop their advertising they will lose their relevance and people will go to buy from other websites. Since there is no destination loyalty, it is a necessary cost that they have to be paying,” he said.

Flipkart Board may have approved revised offer from Snapdeal, report says