Why telecom companies are still indulging in price wars 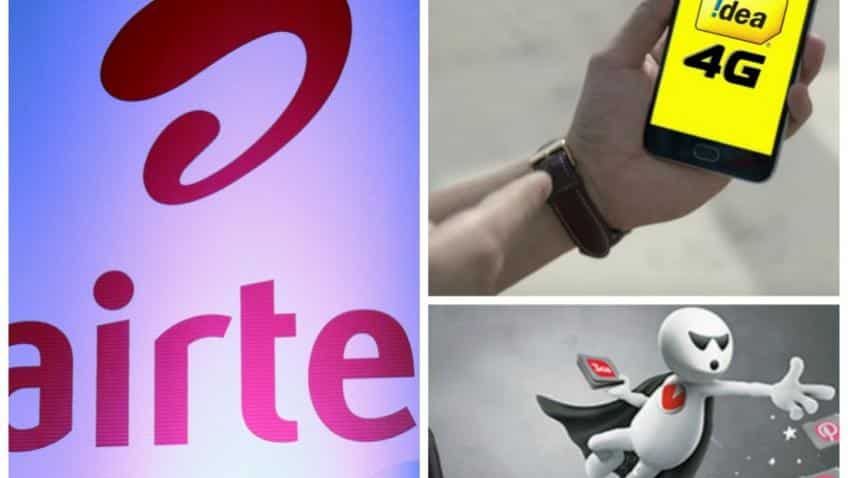 Profits of two out of three telecom operators have been estimated to mount losses in the last quarter of FY17 however the price wars will be an inevitable phenomena. Image Source: IANS/ Youtube/ Vodafone Company website
Written By: ZeeBiz WebTeam
RELATED NEWS

Seven months since the launch of Reliance Jio and the incumbent operators have shed subscribers and profit alike.

RJio’s entrance has also accelerated the need for 4G and consolidation in the sector when only a few years ago there were 10 players in the market which will soon consolidate to just five major players.

“The predicament is interesting given that till late 2015, telcos were not very gung-ho on launching 4G data services. Since then, however, they have aggressively invested in backhaul infrastructure and additional airwaves. And since the middle of 2016, slashing prices to protect turf given the debut of Reliance Jio (RJio),” the CRISIL report said. 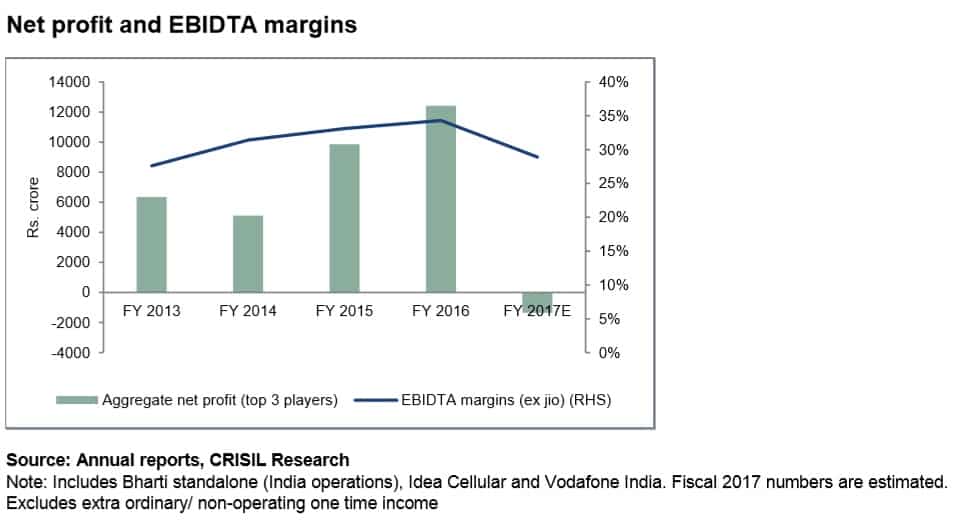 Now profits of two out of three telecom operators have been estimated to mount losses in the last quarter of FY17 however the price wars will be an inevitable phenomena.

“…the price war in the Rs 1.5 lakh crore wireless telecom market will continue in this fiscal, too, leaving bruised bottom lines,” the report said.

With the telecom operators looking to push for higher data packs, the 4G network which is essentially faster that the 3G integrated network has fallen cheaper on the back of price wars.

“Today, 4G data costs as low as 1 paise per MB for the high-end plans and 7.5 paise at the lower end for Jio Prime members. And the pricing per GB for 4G stands lower than 3G today, though the players are compensating by offering only higher GB plans for 4G, ensuring overall ARPU (Average Revenue Per User) protection,” CRISIL analysts said. 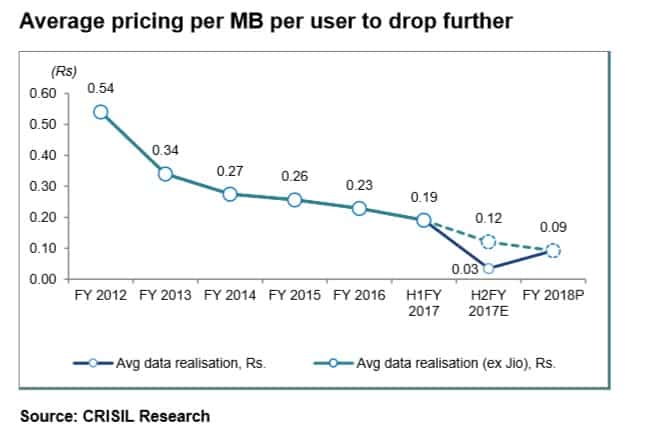 The report also estimated Jio’s gross revenues to grow 12-14% while other telcos will vary between 0-5% this fiscal.

“While overall data traffic has grown 5 times in the past one year, 60% fall in 4G data prices since launch of RJio in September has resulted in muted 2% growth in adjusted gross revenue last fiscal,” the report said.

Vodafone is offering 9GB for three months to certain subscribers and BSNL has also announced 3GB data offer for Rs 333 on its 3G network.

Companies are estimated to continue this price war throughout this fiscal just to defend subscriber base.

Will it be worth it for telcos?

The CRISIL report claimed that ‘For telcos, market leadership would be worth bleeding for.’

“Last fiscal, two of the top three Indian telecom players are estimated to racked up net losses due to the price war and higher network costs. That trend should continue in this fiscal as well, with aggregate EBITDA margins of the industry (ex-Jio) expected to drop further by 50-100 bps. That’s over and above ~600 bps drop to ~29% estimated for last fiscal,” CRISIL report said.

Currently all telecom ARPUs do not cross Rs 200. Bharti Airtel has the highest ARPU of Rs 172 while the rest all rank below Rs 160.

“It is clear from the operating matrices of domestic telcos and our analysis of global players that better pricing of premium subscribers, higher share of sticky post-paid subscribers, and lower churn drive the need for leadership position in the telecom space,” the report said.

However the companies’ churn rate which went up to 6% is high in comparison to international markets wherein this rate is below 1% for the market leader.

“The distinct advantages enjoyed by the market leader, make a compelling case for continued intense price based competition in India’s data market. It is a big positive for 4G penetration – both in terms of subscriber base as well as data usage which is likely to cross over 80% in the medium term. However, it would severely impact cash flows in an industry with already stretched balance sheets, eventually impacting investments in network enhancement,” the report added.