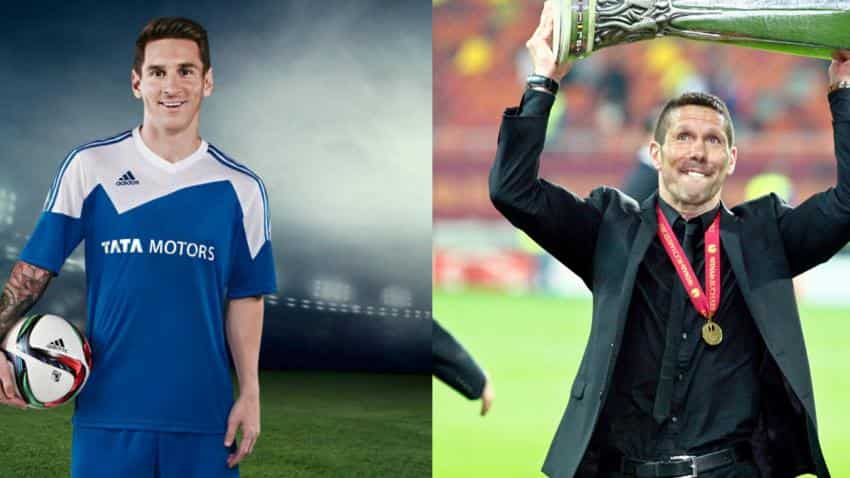 So the question is why this sudden interest of automobile companies for football stars, and especially Argentinian footballers?

On the other hand, exports to Africa fell in 2016 for the first time in a decade. India automobile exports to Latin America had jumped by nearly 19% to $2.26 billion till March 2015, said the report This is despite the huge logistical costs of shipping vehicles to South America which is around 15,000 km away from India.

While the total exports of passenger vehicles rose to 17.40% in the April-December 2016 period, medium and heavy commercial vehicles' (MHCV) sales grew 28%, according to the latest data from the Society of Indian Automobile Manufacturers (SIAM). Two-wheeler exports posted a 9.70% decline in the April-December 2016 period with a 13.13% decline in motorcycle exports. While export figures for scooters indicated healthy 19.25% growth and the shipment of mopeds grew 25.82%.

With a quarter of this export demand coming from the Latin American markets, they can simply not afford to ignore that market.

Why Argentinian footballers though?

Within Latin America, Argentina is one of the fastest growing automobile markets for Indian carmakers. Car sales in Argentina grew from 50,000 units in January 2016 to 72,000 units by the end of the year in December.

While distance might be a problem, many of the Indian automobile companies such as Hero MotoCorp and Tata Motors are setting up their manufacturing units in countries like Argentina, to cut down on large shipping costs.

Hero MotoCorp opened its first overseas plant in Columbia in 2015 with an initial plan to produce 80,000 units. It however has a capacity to produce 1.5 lakh units per annum. In Argentina it only has an assembly plan but there are plans for it to manufacture from there too. Managing Director and CEO Pawan Manjul had told PTI in December 2014 that they would get into manufacturing in Argentina.

At the new Glamour launch recently Munjal said, "Our first global launch of a new motorcycle here is reflective of the importance of Argentina and Latin America for us on our global map.”
“With the commencement of our operations in Argentina, we are now significantly growing our presence in the region. We will be focusing on capturing an adequate market share here with our iconic product range,” he added.

The company entered the Argentina market with the launch of the Hunk, Hunk Sports, Ignitor, and its scooter Dash. In the second phase of its operations, the company will look at bringing in more products across different segments.

While Tata Motors had set up a manufacturing plant in Venezuela in 2014, in Argentina it had tied up with Fiat to manufacture its vehicles.

While having a physical presence in the country is a concrete move, the carmakers seem to have realised that the best way to get to their customers in the market was though football, which has a huge fan following in Latin America.

These football stars have a huge fan following not only in South America, but also globally, and getting them onboard would being instant recognition to a brand or a car model . Even in India with the popularity of football growing, Lionel Messi and Diego Simeone have been brought in as brand ambassadors to build on the brands recognition.