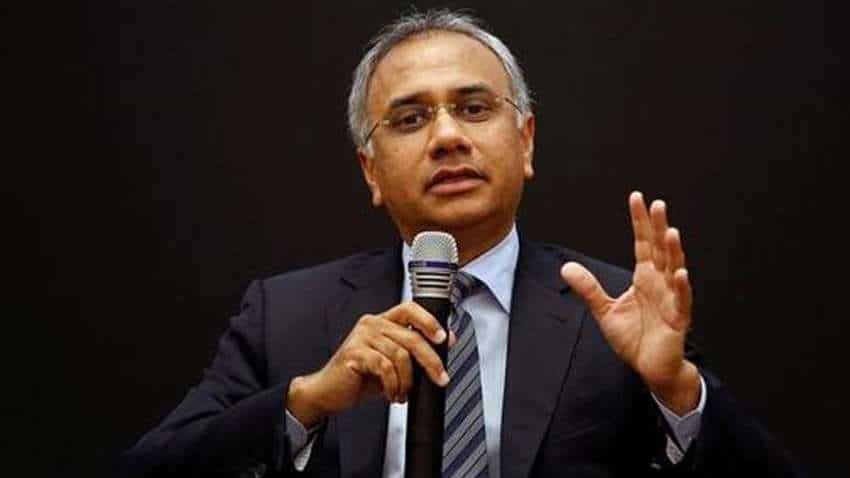 It's a double bonanza of Rs 23 crores for Infosys Chief Executive Officer (CEO) Salil Parekh! The software major's board has approved granting stock options valued at Rs 23 crore as a reward for his performance whereby he has steered the company to new heights, as per a report in IANS.

"The board approved the performance-based grant of restricted stock units (RSUs), amounting to Rs 13 crore for fiscal 2010-21 under the 2015 stock incentive compensation plan to Parekh," said the IT major in a regulatory filing on the BSE. The RSUs are in line with Parekh's employment agreement when he joined the outsourcing firm in January 2018 from the French IT major Capgemini.

"The stock will be granted from May 2 and the number of shares will be calculated based on the market price at the close of trading on May 2," said the filing. The $12.8-billion firm's investors approved the grant through postal ballot on February 2018 and later at its annual general meeting on June 22, 2019.

However, Infosys has said that it has halted hiring, hikes and promotions. "We have stopped hiring temporarily, frozen salary hikes (and) have also temporarily suspended all promotions. These, we believe, are no regret moves," said Infosys Chief Financial Officer Nilanjan Roy at the announcement of the company's Q4 and FY2019-20 results. Roy also said the company has ‘tremendous' other cost levers which will be seen in the due course.

U.B. Pravin Rao, Infosys' Chief Operating Officer, said the software major will honour all the commitments already made in terms of hiring, both from academic campuses and lateral entries. "In terms of hiring, we will honour all the commitments we have made. Both on campus side as well as laterals," said Rao. He highlighted that Infosys is not looking at any Covid-induced layoffs.