The ongoing investigations will undermine investor confidence in ICICI bank, and have potential implications for funding costs and liquidity in an extreme scenario, it warned, conceding that as a systemically important entity, the state will chip-in with support. 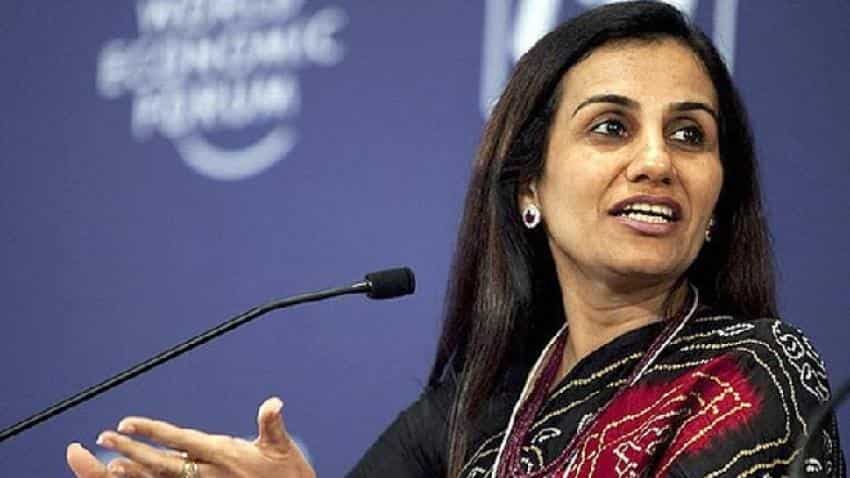 With ICICI Bank chief caught up in a major row and many questions being raised about her future at the bank, the Finance Ministry stepped in to clarify. The Finance Ministry is of the view that it is not their role to look into the affairs of private lender ICICI Bank but the Reserve Bank of India (RBI) as a regulator could look at allegations heaped against the bank's CEO Chanda Kochhar, official sources said. It is for the RBI to decide if Kochhar should continue to be the CEO and Managing Director of the bank, sources said, adding the regulator or ICICI Bank board is competent to take a decision on continuation of the incumbent CEO in the office.

There are allegations of nepotism against Kochhar putting a question mark on the bank's corporate governance. According to the reports, Kochhar's husband Deepak Kochhar had formed a joint venture with Videocon promoter Venugopal Dhoot for a business dealing in renewable energy and there were a string of transactions later, which gave him full control of the venture after the exit of Dhoot. Late last month, the bank admitted that Kochhar did not recuse herself from a credit committee meeting which decided to give a Rs 3,250 crore loan to diversified Videocon Group in 2012.

The Central Bureau of Investigation has initiated a preliminary enquiry into the matter to check any wrongdoing, while other agencies, including the Enforcement Directorate (ED), are also investigating the case.

However, the bank's board has stood firmly behind Chanda Kochhar, saying no wrong was committed by her, and the committee was headed by the bank's then chief K V Kamath.

There are reports that a section of the bank's board is against the idea of Chanda Kochhar continuing in her role.

Global ratings agency Fitch today said it is doubtful about the strength of corporate governance at ICICI Bank.

The ratings agency said allegations against ICICI Bank are coming against a backdrop of high non-performing assets in the banking sector, some of which have been linked to fraudulent lending.

It warned that regulatory sanctions are also possible, depending on the outcome of investigations by the law enforcement agencies and there is also a risk of financial penalties and legal action.

The ongoing investigations will undermine investor confidence in the bank, and have potential implications for funding costs and liquidity in an extreme scenario, it warned, conceding that as a systemically important entity, the state will chip-in with support.