Who is Jeff Bezos, the man who founded Amazon and is the richest man in the world 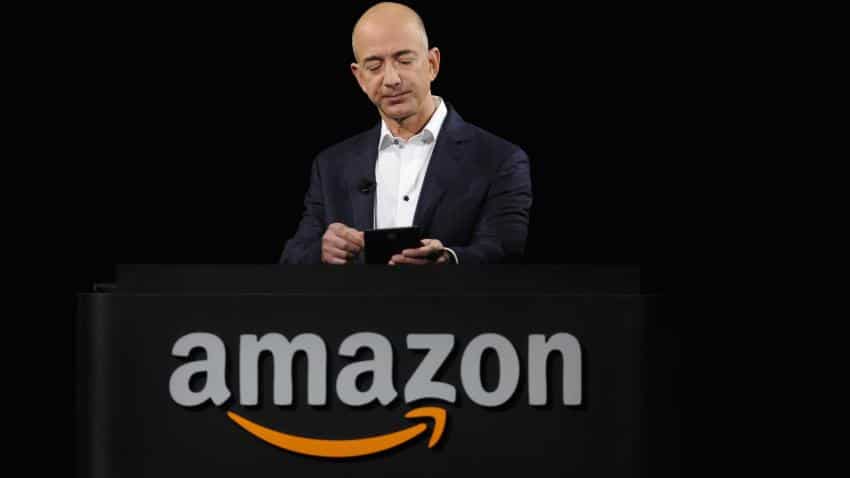 Jeff Bezos, the founder of e-commerce company Amazon,  is the richest person on the planet and the first one to top $100 billion as number one on the Forbes list. The company's fortunes rose by $39.2 billion as shares of his e-commerce giant rose 59%  in 12 months, which was the biggest one-year gain since Forbes started tracking billionaires in 1987, helping consolidate his position as the world's richest man.  Jeff Bezos surpassed Microsoft co-founder Bill Gates in Forbes rich list. Bezos' fortune rose to $112 billion, allowing him to dethrone Gates, worth $90 billion.

According to the Forbes profile, Amazon's chief Jeff Bezos is the first person to top $100 billion as number one on the Forbes list of the World's Billionaires. He owns 16% of e-commerce giant Amazon, which he founded in a garage in Seattle in 1994. Bezos attended Princeton and worked at a hedge fund before quitting to sell books online.
Amazingly, growing up, Jeff Bezos worked summers on a ranch repairing Caterpillar tractors Bezos still lived in a rented apartment and used a desk he made from an old door

Jeff Bezos other passion is space travel: His aerospace company, Blue Origin, is developing a reusable rocket that the world's richest person says will carry passengers.
He bought The Washington Post in 2013 for $250 million.

A record 2,208 billionaires made to the Forbes’ annual ranking and altogether they worth $9.1 trillion, up 18% from a year ago. The 20 richest people, worth a staggering $1.2 trillion, are roughly equivalent to the annual economic output of Mexico. In aggregate, their riches amount to 13% of the total fortune of all billionaires worldwide, Forbes said on its website.

According to CNBC, Donald Trump's fortune has fallen $400 million since last year's list. This was due in part to falling values of Midtown Manhattan real estate and declining revenues at several Trump golf properties. President Trump, worth $3.1 billion, ranked 766 this year, fell  from 544 in 2017.

Ayushmann: Want to work with as many new filmmakers as possible