While the Cyrus Mistry-Tata battle got most of the attention as the independent directors of Tata Motors backed Mistry, a closer examination of the results show how the company is performing. 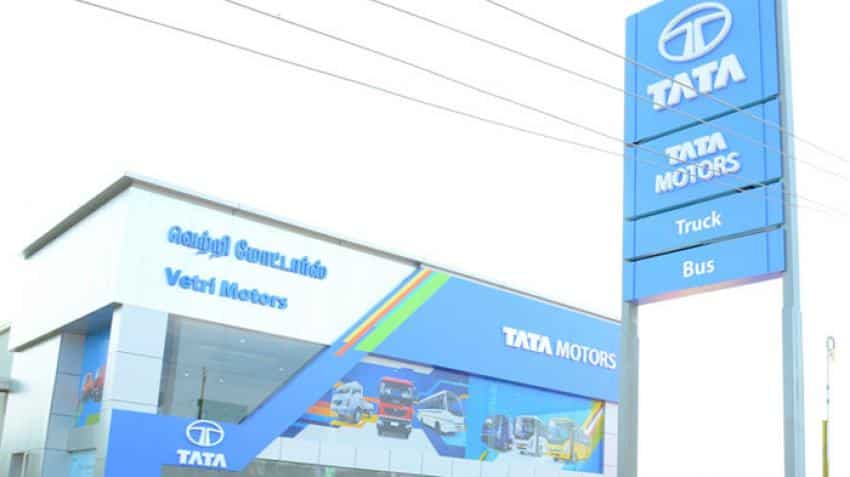 Tata Motors, in the second quarter of current financial year, registered a consolidated net profit of Rs 848 crore as against a net loss of Rs 1,740 crore during the same period last year. The consolidated revenues of Rs 67,000 crores as against Rs 62,647 crores for the corresponding quarter last year.

The reason behind the growth was on the back of strong sales of Jaguar Land Rover (JLR) in all the regions including UK, Europe, North America, China and other overseas markets, the company said in a statement.

Tata Motors has continued to depend on the strong performance from JLR for it to post good growth. For instance, in FY16, although JLR accounted for around one half of the Tata Motors' volumes, it generated more than 82% of the group's revenues and over 86% of the Earnings before interest, taxes, depreciation, and amortization (EBITDA).

However, on a sequential basis Tata Motors saw a 166% decline in its net profit. This brings out many questions as to Tata Motors' results in Q2 have actually fared.

According to LKP Research report on an adjusted basis, the profits were down 64%. This fall was a result of weak JLR margin performance.

“Although the realisations were up by 5% QoQ and 10% YoY, EBITDA margins adjusted formarket-to-market losses stood at 12.9% as two main factors led to this performance, one onunfavorable currency valuations of hedges taken against current assets and liabilities, and the other ontime new customer acquisition and quality programs,” said the report.

This was due to the loss on realised foreign exchange (forex) hedges and revaluation of current assets and liabilities at JLR and a one-time provision for customer quality program. This amounted to 150 million pounds which led to a lower than expected EBIDTA margin of 10.3%, said the LKP report.

Nonetheless, JLR continues to drive the revenues of Tata Motors as its wholesale values (excluding its Chinese JV with Chery) were up 11.7% in Q2, while including the Chinese JV it was up 19.3% in the same duration.

The newly launched F-Pace and the global launch of the Jaguar XE resulted in the good growth for Jaguar during the quarter.

Such new launch from the company are expected to drive JLR's sales going forward. This includes the F-Pace which has a 3-4 waiting period, Jaguar XE, XF long wheel base in China, Evoque convertible and more launches yet to be announced.

In China, XF, Evoque and Discovery Sport, which are produced by the JV company, contribute to almost 50% of the total volumes.

While the company said it has seen good sales due to launch of Tiago, the car has only seen good growth in the last few months. The total units sold during July to September was 14,198. While Zest and Bolt has seen subdued sales during the three months.

Tata Motors, in the passenger vehicles market, has been switching changing forth and fifth spot as Honda Cars gives tough competitor to the Indian player. As of October Tata Motors held a 5.93% market share and was in fourth spot.

“We may see a pre-buying impact the end of FY17 along with increased impact for agricultural produce as an outcome of steady monsoon in Q2. If trucks older than 15 years get scrapped as an initiative by the government to reduce pollution, it may lead to replacement for trucks,” said analysis Ashwin Patil in the LPK report.

He further added that on the CV side, new Ace variants along with Ultra and Prima range of trucks on LCV and MHCV segments will keep the demand scenario buoyant. The company also has a good pipeline of defense orders.

On the passenger vehicle front, Tata Motors is gearing up for two new launches every year to regain its market share. While Tata Tiago has done reasonably well for the company, the launch of the upcoming SUV Hexa is expected to revive its struggling UV business.