It was not long before jokes were flying on social media sites as Twitterati went crazy with memes and special James Bond puns on the ad campaign. 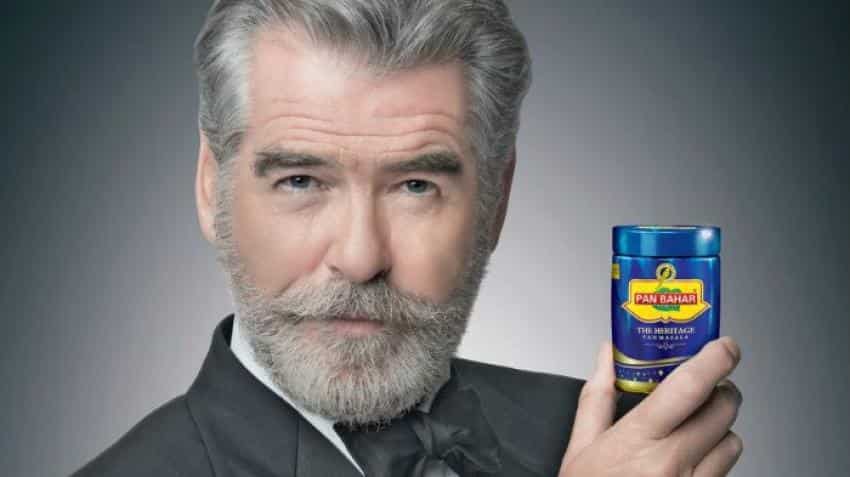 Forget guns, fancy gadgets and fast cars, the true reason why James Bond lived to die another day is due to pan masala.

Many on Friday woke up to a bearded Pierce Brosnan, former James Bond actor, featuring in a Pan Bahar ad campaign. 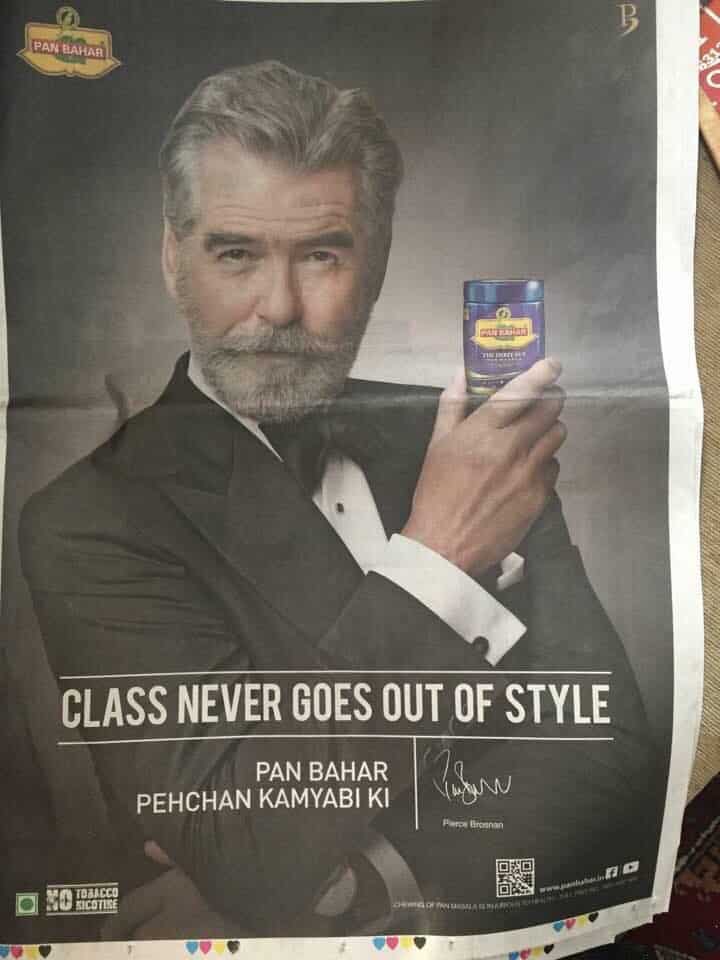 It was not long before Twitterati went crazy with memes and James Bond was pan-ned.

Some of these include ‘The Supari is not enough’ to ‘Pan stains forever’, ‘Spit another day’ and my favourite ‘Pan-tapri Royale’ (even though Brosnan was part of the film).  One comment even blamed the state of Britain after Brexit that Brosnan had no choice but to the ad.

Industry experts estimate the pan masala brand to have paid Brosnan over $2 million (around Rs 13.3 crore) for the ad campaign.

The ad film was particularly humorous as it had Brosnan kissing the pack the pan masala. Apart from this, he had to fight to make his way into a club, girls tried to steal from him and they even made poor old Brosnan fight for a seat.

Despite all this, it was the brand that had the last laugh as it had a reach of 87 million and over 16,000 mentions, according to data received from WATConsult. Out of this mentions 32% of the sentiment was positive, 16% negative and 52% neutral.

On Twitter it has a total of 10,086 mentions, out of which 67.6% were retweets and 31.2% were original posts, according to data from Gozoop Brand Reputation Monitoring Team. 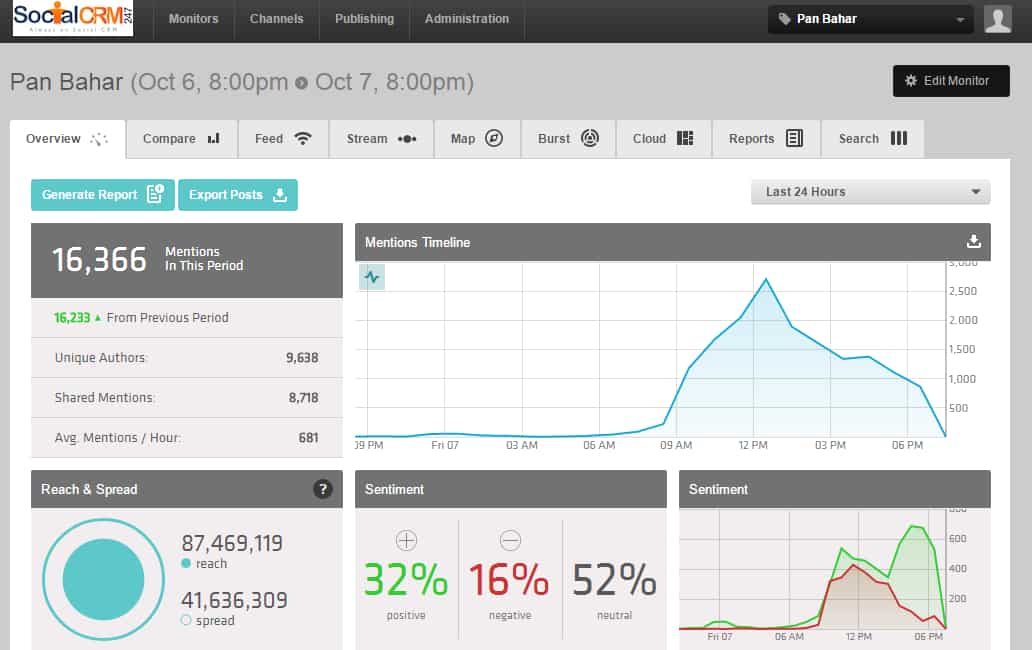 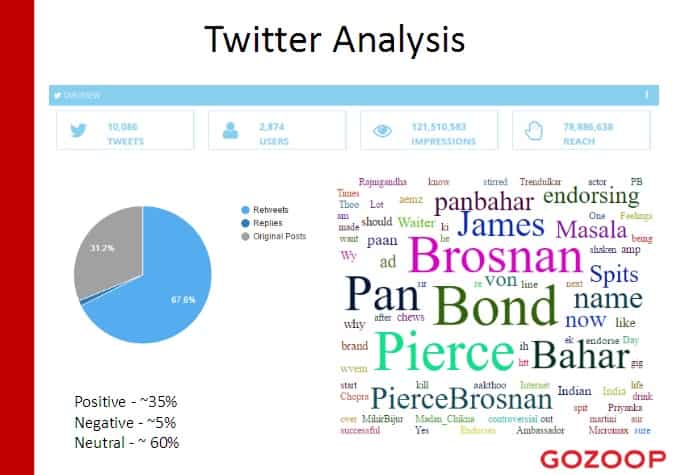 But in the end, the question is whether people will remember the name of the brand?

“Whether it's a long term thing is questionable. Also whether the target audience who actually will go out and buy cares about Pierce Brosnan. I believe people will forget whether it was Pan Bahar or PAN Parag. In the long run they would remember that Brosnan did a PAN xyz brand,” said Rajiv Dingra, Founder & CEO of WATConsult.

Ahmed Naqvi, CEO and Co-founder of Gozoop too said that the ad stimulated an audience on Twitter which may not even buy the product. "Buzz doesn't translate into investment," he said.

However, the buzz on Twitter did translated to media writing about it and posting the same on Facebook, which has a large part of Pan Bahar's audience on it. So we will have wait and watch he says.