Micromax's recent TVC called 'Angrezipanti' took on the subject of English versus speaking in your own mother tongue. 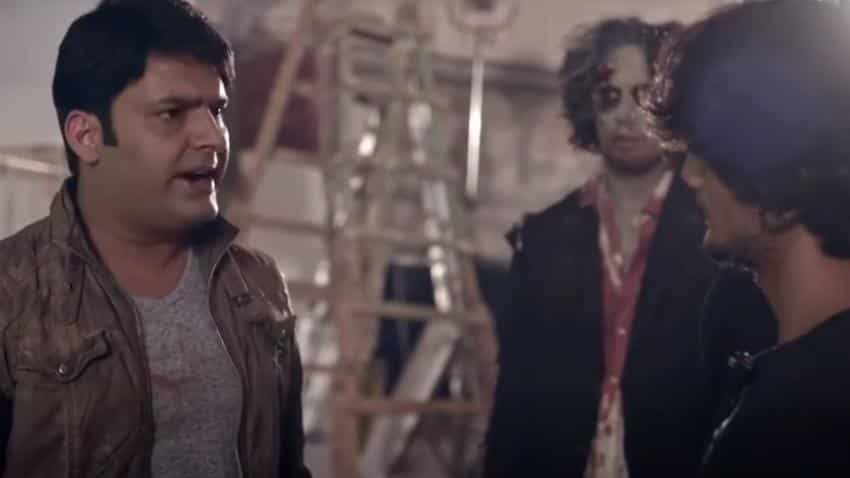 No one wants to contradict themselves, let alone a brand communicating to customers through its ads. However, Micromax shows you how to do this in its latest ad.

Micromax's recent TVC called 'Angrezipanti' took on the subject of English versus speaking in your own mother tongue. To make this point it brought on India's most popular comedian Kapil Sharma, who gives that done and dusted argument that several countries are proud to speak in their own language and so should we.

Wow! This comes from a brand that just a few months back ran a campaign called 'Nuts. Guts. Glory' that featured not even one Indian and was in completely in English.

Forget about the last ad campaign of Micromax, even the ad campaign prior to that featured Hugh Jackman and, wait a minute, it too was in English.

It is surprising to see the Indian brand suddenly playing the patriotic card, this considering that the brand a many a times has featured foreigners and has only been in English.

While there is the argument that Micromax is advertising for a product (Micromax Canvas Unite 4) in which has incorporated 12 Indian languages, it still does not give it the moral high ground of advising Indians on speaking in their mother tongue, particular after all the idiotic 'English' ads they have dished out.

You might even think the change in the 'language' of their ad might be due to a change in the advertising agency (it does for some brands). No! The ad agency, Creativeland Asia, created both the previous two ad campaigns.

Even the Indian language feature, which Micromax pushes for in its ad, is not so unique. Samsung's Galaxy S7 supports 12 Indian languages which include Hindi, Telugu, Tamil, Kannada, Marathi, Gujarati, Urdu, Punjabi, Malayalam, Bengali, Oriya and Nepali. In fact the Galaxy S4, Grand and Tab 3 had as much as 9 Indian languages, this was 3 years back.

Micromax, a home grown Indian brand, (or its ad agency) can learn a thing or two from Finnish mobile phone brand Nokia that spoke in Indian languages a long, long time ago.