The global generics sector saw a significant de-rating in YTD (year-to-date) in the  CY2016 with 1-year forward P/E (price over equity)  contracting by 34%, with the past one month itself witnessing an 11%. 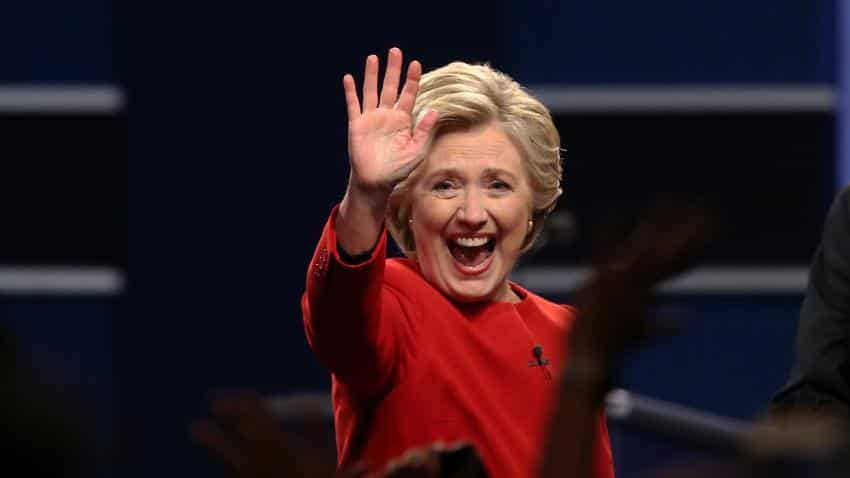 Hillary Clinton focuses on pushing drug prices down and enabling more options for Americans while choosing a drug. Photo: IANS

Last week, generic drug producers globally saw a free fall in their stocks following the ongoing debates over increasing drug prices during the US presidential race.

A two-years ago investigation by the US Congress into the price hikes of 10 generic is now the topic in the US election. Among the Indian companies – Sun Pharma, Dr Reddy’s Laboratories and Cadila Healthcare also saw investigation in their drugs.

Till last week the stock price of above Indian companies were also on hotbed during the trading session.

For the US presidential throne Donald Trump and Hillary Clinton are in the race. And as per the latest forecast Clinton is taking the lead by 48% while Trump gets 43%.

So following the poll, what if Clinton becomes the new president of US, what will she bring on the table for our domestic generic drugs companies?

Several generic companies have benefited from the  price hikes as the method is common in US. They are driven by  economics and supported by the free pricing mechanism for drugs.

But presently, the global generics sector saw a significant de-rating in YTD (year-to-date) in the  CY2016 with 1-year forward P/E (price over equity)  contracting by 34%, with the past one month itself witnessing an 11%.

Chirag Talati and Kumar Gaurav of Kotak Institutional Equities said,"This has largely been on worries over pricing environment in the US, and sustainability of growth in the math of aggressive erosion in several, high margin, limited competition baskets and price increase led products.”

As per a report published in Elsevier by Betsy Davis in Pharma R&D stated that Clinton will encourage competition to get more generics on the market and create a Federal backstop for when there are excessively high-priced drugs that face no competition.

She focuses on pushing drug prices down and enabling more options for Americans while choosing a drug.

Both Clinton and Trump have been continuously arguing in regards to allowing the US government’s Medicare program for negotiating drug prices directly with manufacturers. The program accounts for over 20% of total US drug spend.

Further, the democrats have proposed a pricing cap on Medicare somewhat similar to Medicaid, imitating an upcoming referendum in California which proposes to give powers to the State to cap drug pricing at a level similar to Veterans contracts.

Medicare controlled by US federal government, is a single-payer and national social insurance program, currently using about 30-50 private insurance companies across the US under contract for administration.

Medicaid is described by the Health Insurance Association of America as a "government insurance program for persons of all ages whose income and resources are insufficient to pay for health care".

The analyst at Kotak said, “Such proposal will require complete control of both Houses and in the past, proposals to facilitate direct negotiation for Medicare which has turned up and failed to pass muster with the Congress multiple times since 2003.”

Noticeably, Kotak also pointed out concerns over pricing of the  branded drugs.

It said they have started to become challenging even in the private market with pharma benefit management (PBM) targeting pricing of several primary care medications such as respiratory, insulins, etc.

However, shrugging off the uncertainties of the US Business, the Indian pharma companies are now trading at a record 138% premium over global generics.

Kotak said,"While a premium is justified, the extent of the premium is questionable, given the deteriorating dynamics of the US segment, which has contributed the bulk of the growth for the Indian generics."

If we consider the year-to-date performance of the above stocks. Sun Pharma has tumbled by 24.07%. While Dr Reddy has rose sequentially by 0.89% till date. It was only Cadila Healthcare who has seen rise in its stocks by 28% till date.

US mid-term elections 2022: How it will impact Joe Biden's remainder? All explained

Gold, Silver prices and the fate of Donald Trump and Joe in US elections I All you need to know of this critical week journey

Meet Kamala Devi Harris! The female Obama who scripted history - Amazing facts you may not know about this Indian-origin senator