The problem for Welspun India has already gone beyond Target Corp. Several retailers, as mentioned above have already started questioning their credibility and have either launched or are planning to launch an audit into their products. 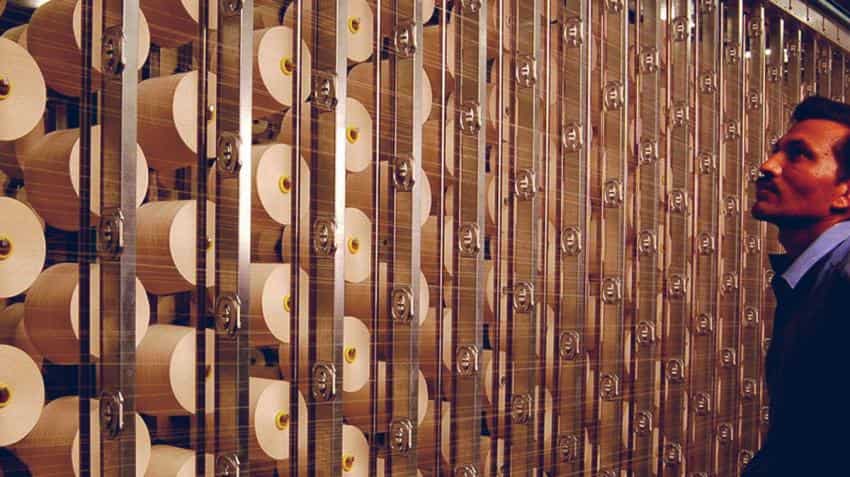 "The issue, in fact, was around the provenance of the fiber, the product themselves were rated highly by the end consumers," said Welspun.

It has been six days since Target Corp accused Welspun India of cheating them by using with non-Egyptian cotton in bedsheets in place of real Egyptian cotton for two years.

Since then, Welspun is facing the wrath of its investors as Target Corp, one of the company's largest clients, decided to call it quits, putting an end to a nearly ten-yera relationship.

Minneapolis-based Target Corp, one of Welspun India's largest customers, cut ties with the company, accusing it of using lower quality cotton for making bedsheets between August 2014 and July 2016. This was done after an extensive investigation which revealed the breach of standards held by the US-based company, and of trust.

The anger so much that Target Corp is in the process of terminating our every relationship with Welspun.

Welspun India was one of the producers of Egyptian cotton 500-thread count sheets under the Fieldcrest label for Target Corp. For which Target Corp said neither it nor Fieldcrest had any knowledge of the substitution.

Right after the investigation, Target Corp pulled out all Welspun manufactured products from their stores and have extended refund options and other offers to its customers.

On Thursday, Welspun saw some relief but its shares were still down 8% at Rs 54.55. But this was better that the 20% lower circuit it hit for two straight trading sessions and then on the fourth day.

Since Wednesday last week, the company's shares have lost nearly 50% of their value, down from Rs 102 a piece. The share price recovered marginally after Welspun India sent a clarification to the exchanges.

Welspun India's woes don't end at Target Corp. Other US retailers that buy from the company on a large scale, have also raised their eyebrows.

On August 24, US-retailer Bed Bath & Beyond stated that it had ordered an external audit of textiles from Welspun India, after Target Corp's accusation over Egyptian Cotton bedsheets.

Department store JC Penney is also conducting an investigation "to ensure the integrity of Welspun's product claims." Macy's Inc on Wednesday said it on Reuters.

About two-third of Welspun’s actual business comes from United States.

In a conference call held on August 22, Welspun India's Managing Director Rajesh Mandawewala,  said, “We have and are continuing to engage with our key customers and we are providing all data in support to them to answer any of their concerns and queries.”

"The issue, in fact, was around the provenance of the fiber, the product themselves were rated highly by the end consumers," Mandawewala explained.

Mandawewala further said, “ The company expects the audit to be completed in six to eight weeks and we believe we will emerge stronger from this process with tighter controls and robust processes.”

How much does Welspun lose from Target Corp severing ties?

Welspun India generates 10% revenue from Target Corp, sales of approximately $90 million will be at stake. The product in question with Target Corp specifically, represents about $8.5 million till FY16 which means 1% of the overall sales.

Overall shipment through this period would be approximately $19 million and in the current financial year about $ 4.5 million roughly, as press release on Welspun India’s official website.

The problem for Welspun India has already gone beyond Target Corp. Several retailers, as mentioned above have already started questioning their credibility and have either launched or are planning to launch an audit into their products.

Welspun India supplies its products to various other clients and at events too. All this will be closely watched.

To give a sense of what is at stake -- Welspun India supplies bath towels to the Buckingham Palace. Apart from this, Welspun has also supplied its products to events such as the Rugby World Cup 2016, ICC T20 World Cup 2016, and Wimbledon.

Going ahead, UK-based Christy's brand also may take a hit, as it is a wholly-owned subsidiary of Welspun India since 2006.

The company is a long-established manufacturer of household linens and is known as the inventor of the first industrially produced looped cotton (terrycloth) towel.

Buy, Sell or Hold: What should investors do with Vardhman Textiles, Welspun India and Zydus Lifesciences?