Backflows are responsible for loan growth but our assets under management (AUM) grew by 43 per cent and the loan asset on balance sheet went up by 37 per cent, says Sanjaya Gupta 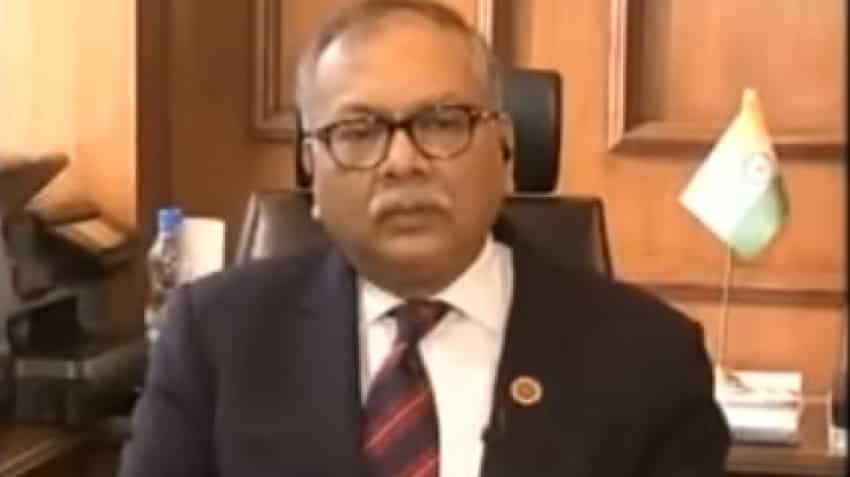 Our construction finance, which had certain NPAs that has been cured by now, stands at around 12 per cent, says Sanjaya Gupta, MD & Director, PNB Housing Finance.

Sanjaya Gupta, MD & Director, PNB Housing Finance Limited, in an interview with Swati Khandelwal, Zee Business, talks about the reasons for fall in disbursement, commercial papers (CPs) that are set to mature and liquidity crunch among others.  Edited Excerpts:

PNB Housing Finance limited has posted sound results for the September quarter in which profit has gone up by 33%. In the period, the loan segment saw a growth of 43 per cent while the disbursement stood just at 14 per cent. Is there any problem related to liquidity with the company?
Backflows are responsible for loan growth but our assets under management (AUM) grew by 43 per cent and the loan asset on balance sheet went up by 37 per cent. In fact, retail disbursement was high in the quarter. But we remained cautious while disbursing especially in LRD (lease related discounting) product, which has been brought down to zero. LRD is rate sensitive and Q2 was quite volatile in terms of rates.

This is a reason that our disbursement growth was low but will come back in shape as soon as there is an end in the volatility in the rate of interest segment in the market.

Construction finance had 90 per cent contribution in your portfolio and LAP contributed for the remaining growth. However, HFCs has shown their concern on the segment. Do you think that their concern is a reason for the fall in disbursement?
No. But I would like to say that we had no role in this slowdown. We are into the practice of acquiring good credits, underwrite it and deliver and service them. Our construction finance, which had certain NPAs that has been cured by now, stands at around 12 per cent. In addition, our wholesale book, that has three components namely construction finance, LRD and Corporate loans, has 0 per cent NPA at present.

Besides, we have sound NPAs in our retail as well as in the housing segment. But, we remain cautious while disbursing especially when there is volatility in interest rate and there is a liquidity crunch in the market.

Reports suggest that commercial papers (CPs) of around Rs 16,000 crore are set to mature by November-December 2018 and your company has an exposure of about Rs 600 crore in it. Are these numbers are correct and can you see some pressure on your business?
You will be happy to know that October has been good for us and we have no remaining rollovers till December 31, 2018. In fact, we have sailed through that situation.

There is a liquidity crunch in the market. Is there any specific issue related to it and can you see risk in terms of asset liabilities due to a mismatch?
There is no problem at our end, as we have tide over with the problem for the year. In addition, we are also borrowing in one-three year bucket and our deposits that stand around 18-19 per cent of our resources also falls under the same bucket on an average. I feel that we will be able to bridge this existing gap of one-three years in next 3-4 months.

Thus, one must not be concerned in relation to it. In fact, we are negotiating with several bank lines while several bank lines have been sanctioned. ECB window of around $550 million is also available with us and we have received three-four such sanctions of those. This means that we will be able to match that bucket in the next 3-4 months.

You said that you can’t see any problem in the 0-1 year bucket but what is your view on 1-3 years bucket?
See, liquidity is the prime raw material in the sector and its absence leads to problems. However, the steps being taken by the government and the Reserve Bank of India will help in ending the problem. But we will have to concentrate towards the corporate bond market and wholesale debt market as it had a contribution of 30-35% resources but the segment has contracted by around 52 per cent in the past nine months. I feel that the government and the regulator should work to revive the bond market as we can’t depend only on banks.

Can you let us know about the amount of pain that exists in the NBFC sector at present? Do you think that the worst is behind you and everything is going to be good for the NBFCs?
See, the cost of borrowing went down by 10 bps in last quarter as our borrowings of November 2017, which stood at Rs 10,000 crore, has had an impact on the years borrowing cost. But, mixing the six-seven sources, as indicated earlier, on an incremental basis will lower down the marginal cost of borrowing between 820 and 830.

We have seen a pressure on your margins as it went down by 29 basis points. What is your view on this decline in the upcoming quarters and should we expect that there will be an increase in margins and spreads?
Our spreads are insulated. In fact, spreads are an important thing for an NBFC and it depends on the style of risk-based pricing of the credits are being done, it stands at 222 basis points. Net Interest Margin (NIM) compression went down due to two reasons.

The first is related to the labour, which went up by 2.1 times, and the second thing is related to the liquidity of Rs4000 to Rs4500 crores that we were managing in our balance sheet at our end since January 2018. Excessive liquidity can lead to a compression on NIM or yield, as you are not investing in the market at the rate at which it was borrowed.

However, liquidity is an essential thing at present and we want to keep it as our business. But, we have a strong gross margin of 3.15 per cent at present, which is a healthy gross margin.

You have announced certain market borrowings plans. What is your outlook on the loan book and market share, as HFCs are facing heat on the loan growth front at present? Can you let us know about your strategy to capture the market share and increase it?
We will be borrowing only from banks, ECB and national housing banks in the ongoing quarter. We concentrate on the utilisation of the capacities that were built in previous years instead of the market shares. In addition, we are not in a mood to take any new risk at present and will continue with the works that we have been doing till date.

I would like to know the timeline for stake sale of PNB Housing finance? What is its status?
I would not like to comment on this question as I am an employee of the company and this is a matter of shareholders, who are aware of the process.