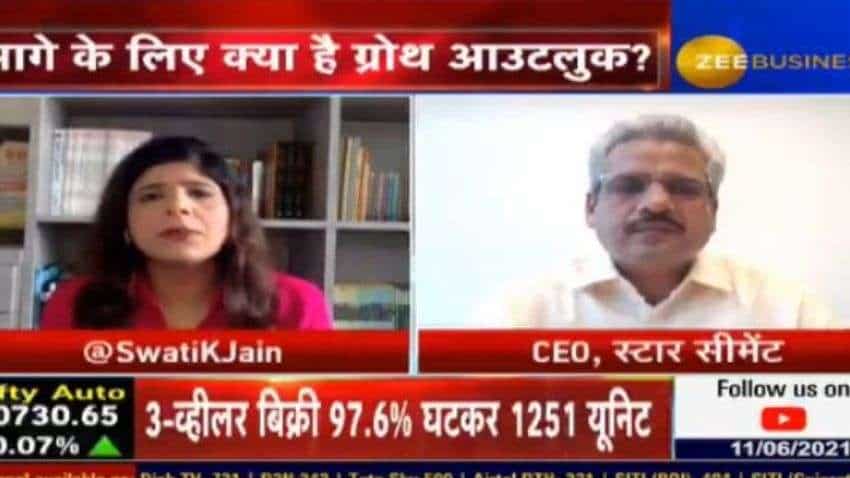 Q: Star Cement has posted mixed results for the March quarter. Profit grew by 5% and income grew by 12% but the pressure was seen in terms of margins. What led to this pressure on the margin?

A: In the Northeast, in November last year, we saw that two major brides were damaged in Meghalaya due to which our clinker supplies were impacted and we were not able to supply clinker between November and January-end. We have two grinding units in Guwahati and Siliguri, there was a problem of supply of clinker to those which affected the volume. So, if you see our volume of the last year then that too has dropped by 8-9%. The second impact it had was that the freight cost increased too much. So, the small bridges through which small quantities were moving has increased the freight cost a lot. So, it had an impact on the margins of the fourth quarter. At the same time, the prices of PP bags have also increased a lot, almost 50-60%. It also had an impact. Otherwise, the raw material cost of products like limestone or fuel cost has been stable for us to a great extent.

Q: Going forward, what is your business outlook at a time when there is an improvement in demand? Is there any consistency in the demand? Also, do you think that there is room to raise the prices and can we see price hikes in the recent future?

A: Right now the demand is good. If I will talk about the overall FY21 even in the Northeast then surprisingly the total demand in the Northeast grew by about 7%. Although on the all India basis, the demand for cement was largely flat or there was a growth of 1-2%. Apart from the Northeast, the demand in the East, particularly in Bengal and Bihar, the overall demand grew by around 5-6%. So, largely the demand was more from the rural retail segment where the retail segment is more important as it includes Pradhan Mantri Awas Yojana and other government projects, which are largely related to retail, had an impact. Overall, the demand was good in the government sector like large infra projects. So, I expect that going forward – although there was a slowdown in April and May due to the second wave of CORONA – overall demand for cement will be good and in FY22 overall demand will be better than the 1-2% overall India growth that we have seen. As far as prices are concerned, prices are stable. If we will talk about the fourth quarter then the prices were more or less stable in the quarter. The prices have been stable even in April and May. Of course, the rainy season is starting now and the monsoon will be there, so after June, the July to September quarter is affected by the rain. In this prices will be slightly subdued in it. But looking at the demand - after the second quarter – the prices should be better in the third and fourth quarter.

Q: What is your total Cement Grinding Capacity at present? During the last interview, you said that you want to tap beyond the East markets and want to increase your presence in other areas. So, what are your CapEx plans?

A: As I have said earlier as well that one of our grinding unit of Siliguri has started and it was made operational around January 16. Initially, we had some teething problem in the fourth quarter in February and March and it has been resolved by now and the unit is completely operational. In FY22, we expect that we will be able to report better top line and volume numbers. As far as our presence is concerned, we are a dominant player in the northeast and gradually expanding our presence in the East. So, the Siliguri unit will help us in increasing our presence in Bengal and Bihar. Apart from this, we are also planning a 3 million tonnes clinker plant and one 12MW WHR plant in Meghalaya. So, the new clinker plant will boost up our capacity. Right now, our grinding capacity is 5.7 million tonnes but the clinked stands at just 3 million. So, the presence of a new 3 million tonnes of clinker will increase it to 6 million tonnes. With it, we will be able to set up more grinding plants in Bihar or West Bengal, so that our presence will be strong in the presence of Bengal and Bihar.