Paytm payments bank's chief executive-designate Shinjini Kumar, who just joined the bank from consultancy major PwC, explained that it is "counter intuitive" for a payments bank to offer higher interest rates as it has restrictions on how it uses the deposits. 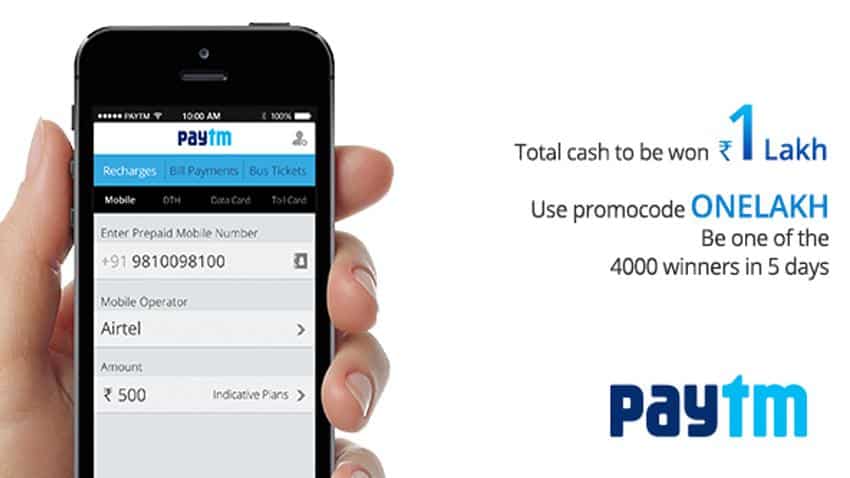 "It is very counter-intuitive for a payments bank to offer higher rate of interest on savings because they will just park the money," Paytm payments bank's chief executive-designate Shinjini Kumar said. Image Source: Official Website

Financial technologies player Paytm on Wednesday ruled out joining the rate war in the savings account interest rate space when it launches its payments bank, instead it will focus on increasing revenue-accretive transactions.

"Obviously, we do not want our customers to lose money if they are keeping their money with us, but at the same time we don't want to fight a war on interest rates," Shinjini Kumar, chief executive-designate of the Paytm's payments bank venture, told reporters.

Kumar, who just joined the bank from consultancy major PwC, explained that it is "counter intuitive" for a payments bank to offer higher interest rates as it has restrictions on how it uses the deposits.

It can be noted that payment banks are required to park 75% of their deposits in the safer but low yielding fixed income instruments. They are also not allowed to use their deposits for lending.

The comments come amid a race within the commercial banks to woo customers with higher interest rates on savings accounts, through which they target to forge sticky relationships that also helps cross-sell other financial products.

Foreign lender DBS Bank recently launched a product offering 7.1% without any ceiling on the quantum, while private sector lender Kotak Mahindra Bank said it will continue with the 6% interest rate. Yes Bank also offers similar interest rates on deposits of over Rs 1 lakh.

Kumar said the aim of the forthcoming payments bank is to solve the "friction" in banking through newer, innovative strategies and get more people into the banking fold.

Kumar said the Chinese online retailer Alibaba-backed company wishes to launch its payments bank by August, within a year of its founder Vijay Shekhar Sharma being given the in-principle nod by the Reserve Bank of India (RBI) to enter the fray.

Kumar said there are a couple of things to be sorted out before it gets the final nod from the RBI, but exuded confidence that it should not witness any problems.

Paytm, which already has 100 million customers for its wallet, would get all the existing users to become bank account holders and is awaiting clarity from RBI on the matter, she said, adding that issues surrounding know your customer (KYC) are to be sorted out.

Stating that concerns surrounding intense competition in the payments bank space are exaggerated, she said, adding the Noida-based company is targeting to have 500 million customers by 2020.

On the three payments bank applicants abandoning their licences, she said those entities dropped out because the payments banks space is not a core business for them, whereas for Paytm, it is right at the core.

It can be recalled that since April, the Cholamandalam Group, Tech Mahindra and a consortium led by Sun Pharma promoter Dilip Shanghvi (in personal capacity), IDFC Bank and telecom firm Telenor have surrendered their in-principle licences, blaming the strict RBI conditions that make such an entity commercially not viable.

Meanwhile, Paytm on Wednesday said it will be availing of the core banking services from IT major Infosys' Finacle suite, to become the first PB to announce a tie-up with the Bengaluru-headquartered company.

Why can’t all mobile wallets offer 6% interest to its users like MobiKwik?