We are confident that 2019 is going to be a profitable year for PNB: Sunil Mehta, MD & CEO, PNB 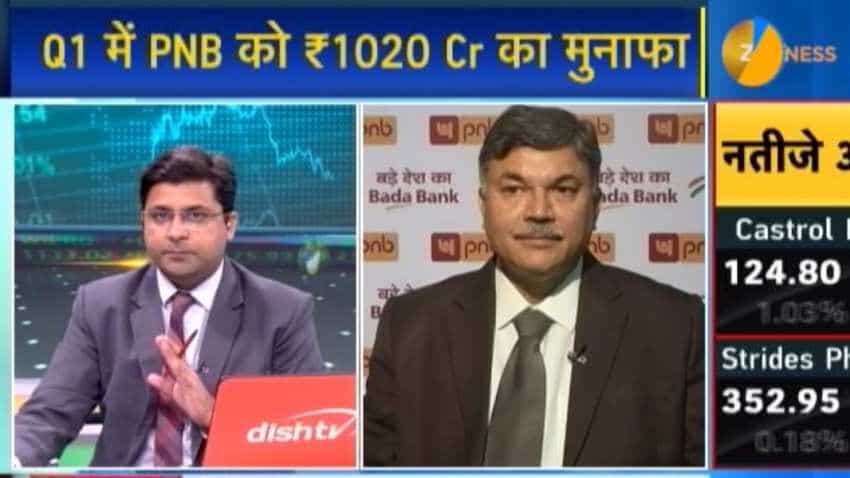 In fact, our Gross and Net NPAs has gone down in all the five quarters since March 2018, said Sunil Mehta. Image source: Zee Business
Written By: ZeeBiz WebTeam
Edited By: Arun Kumar Chaubey
RELATED NEWS

Q: Punjab National Bank has reported positive results in the Q1FY20, and this revival also brings a challenge. What is your view on it?
A: Yes, I think that we have already levelled it as a year of profitability and creating value. We are confident that this year is going to be a profitable year for us.

Q: Bhushan Steel’s default has emerged and SFIO has also acted against Creditors of the company. Update us the NPA’s that has been put into your account, i.e. they are adjusted or provisioned or something else?
A: As far as, this, Bhushan Power and Steel, is concerned then it was mentioned in the first list of the Reserve Bank of India (RBI) that included 12 accounts. Under the scheme, every bank that went to the NCLT had provisioned 50% into the account. In addition, going by the government of India’s requirement the account was also sent for a forensic audit, where it was found that there are certain diversions and that’s why the bank should go for the filing of the case with the investigative agency. So, we have worked in this direction. At the same time, I would like to say that this account has reached an advanced stage in the NCLT resolution process and we hope the resolution will be completed soon, as bids have been invited for it, which will be followed by good bids. So, we expect good recovery from this account.

Q: Have you adjusted accounts like DHFL and Jet Airways in your books, if yes, then let us know about your exposure in the account or if it has been provisioned then talk about the quantum for the same?
A: Fresh lending, sickening of accounts and turning NPA is a regular process. In fact, as far as there is an economy, there will be fresh lending and slippages of some accounts. But things will depend on the magnitude of the slippage. So, amid the existing trend, I can just say that the maximum of the worse is behind us, where slippages of heavy amount were occurring. You would have seen in our numbers that our quarter-on-quarter (QoQ) slippages have come down, i.e. slippages of this quarter are less than the same quarter of the corresponding year as well as the previous quarter that ended in March. This shows that there is a substantial improvement in our asset quality and reduction in fresh slippages. In addition, there is an absolute reduction in our Gross NPA as well as Net NPA. In fact, our Gross and Net NPAs has gone down in all the five quarters since March 2018.