Warren Buffett's Berkshire Hathaway has agreed to acquire 3-4 per cent of One97 Communications Ltd, the parent company of Paytm. 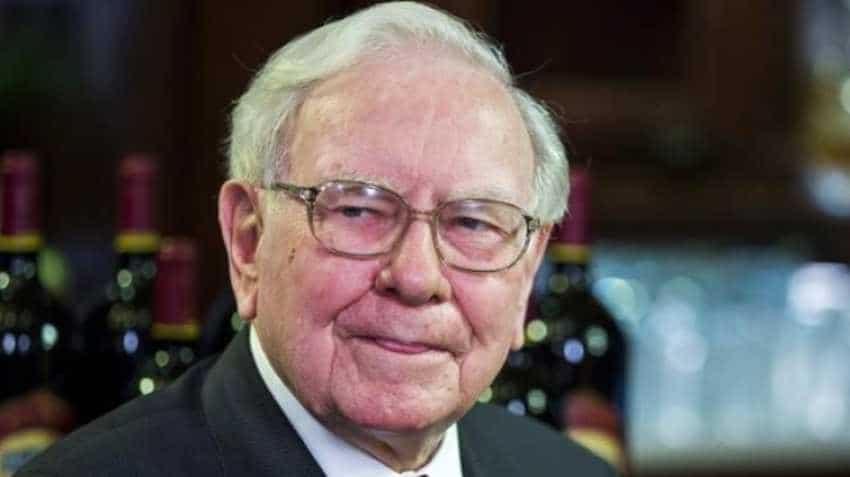 Previously, Berkshire, which was set up by Warren Buffet in 2011, had partnered with Bajaj Allianz to sell insurance but exited the partnership after two years. Image: Reuters
Written By: ZeeBiz WebTeam
RELATED NEWS

This could be Buffett's first direct investment in an Indian company, Mint reported quoting people aware of the development. It said that Paytm, India's largest payment services provider, has been in talks with Berkshire to raise Rs 2000-2500 crore at a valuation of about $10-12 billion.

According to the reports, the deal could be announced within the next two weeks. Paytm's major backers are Japan's SoftBank and China's Alibaba.

According to a report by The Economic Times, one of Berkshire`s key fund managers, Todd Combs, who is also seen as a potential chief investment officer at the company, is leading the transaction.

Previously, Berkshire had partnered Bajaj Allianz in 2011 to sell insurance but exited the partnership after two years.

Buffett's expected long-awaited investment in India is being seen as an endorsement of India's booming tech ecosystem.

Warren Buffett and his partners have backed some of the more profitable and trendsetting companies of the 20th century since 1950s including See's Candies, the Washington Post, GEICO, Coca-Cola, US Air, Wells Fargo, and IBM. Berkshire recently exited IBM but continues to own Apple stock.

Paytm is run by billionaire Vijay Shekhar Sharma. His real-time net worth is $1.7 bn, according to Forbes.

Online and mobile-based payment services are expected to take a giant leap in the country in the coming years. A report on Sunday said that hiring activity in the non-banking financial companies (NBFC) sector is likely to expand by up to 35-40 per cent in the next 12 months, leading to the generation of 2,50,000-3,00,000 jobs in near future.