Warren Buffett`s Berkshire Hathaway Inc on Saturday swung to a big quarterly profit, bolstered by gains in its stock investments, and also posted a small increase in operating earnings. 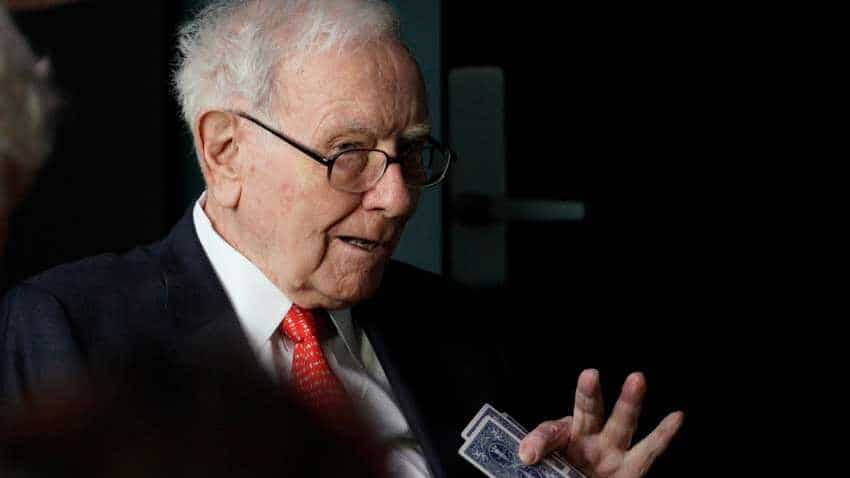 Warren Buffett`s Berkshire Hathaway Inc on Saturday swung to a big quarterly profit, bolstered by gains in its stock investments, and also posted a small increase in operating earnings. The $21.66 billion overall profit, or $13,209 per Class A share, compared with a year-earlier net loss of $1.14 billion, or $692 per share, and a fourth-quarter net loss of $25.39 billion. These results illustrate what Buffett has called the "wild and capricious" and, in his view, meaningless swings caused by an accounting rule requiring the reporting of unrealized stock gains with earnings, regardless of Berkshire`s plans to sell. Berkshire had $15.1 billion of these gains in the first quarter.

Operating profit, which Buffett considers a better performance measure, rose 5 percent to $5.56 billion, or about $3,388 per Class A share, from $5.29 billion, or $3,215 per share, a year earlier. Analysts on average expected operating profit of about $3,399 per Class A share, according to Refinitiv data. Results excluded operating earnings tied to Berkshire`s 26.7 percent stake in Kraft Heinz Co because the food company has not reported its own quarterly results. In last year`s fourth quarter, Berkshire took a $3-billion writedown on Kraft. Berkshire ended March with $114.2 billion of cash and equivalents.

That, in part, reflected Buffett`s inability to find a major business to add to Berkshire`s stable of more than 90 companies in the insurance, chemicals, energy, food and retail, industrial, railroad and other sectors. Last month, Berkshire committed $10 billion to Occidental Petroleum Corp`s cash-and-stock bid for Anadarko Petroleum Corp, which Chevron Corp also wants to buy. The Berkshire investment is contingent on Occidental completing its proposed acquisition of Anadarko.

Berkshire`s Class A shares closed Friday at $327,765.61, and its Class B shares closed at $218.60. Results were released before Buffett, 88, and Vice Chairman Vice Chairman Charlie Munger, 95, were expected to answer more than five hours of questions from shareholders, journalists and analysts at Berkshire`s annual meeting.