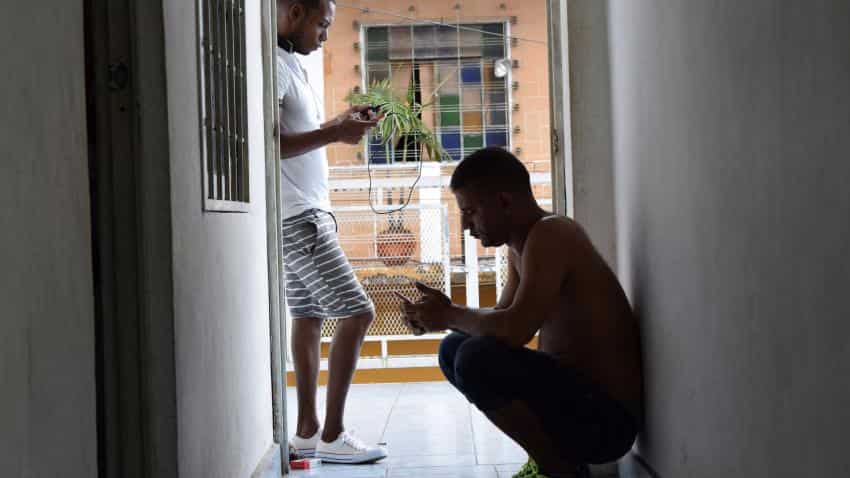 Telecoms had their guns blazing as they declared their third quarter financials and spared no effort in blaming it on the pricing strategy of the new entrant – Reliance Jio.

The incumbent operators maintained that ‘disruption in the third quarter’ due to free voice and mobile data promotions due to RJio was witnessed.

“With RJio expected to start charging its subscribers from April onwards, the competitive pressure should see some easing out,” Gaurav Dixit, Care Ratings telecom analyst said.

Further he added, “Although financial results of telecoms are out the companies are yet to reveal the complete subscriber based statistics. However, quarter 1 and quarter 2 had ARPUs (Average Revenue Per User) on a declining trend and we expect the ARPU to fall in the third quarter as well.”

India’s telecom major - Bharti Airtel that reported net loss of Rs 503.7 crore in Q3 revealed that its mobile data revenues at Rs 4,049 crore Y-o-Y, which was flat on an underlying basis.

Idea witnessed a decline of 5.5 million data customers on a quarterly basis and subscriber base receded to 48.6 million versus 54.1 million of Q2FY17 while announcing its Q3 financials that registered a consolidated net loss of Rs 385.5 crore

While Reliance Communication on Saturday saw net loss narrowing to Rs 280 crore from net loss of Rs 477 crore in Q3FY16 and Rs 864 crore in Q2FY17.

“The reported subscriber base of the industry has been increasing consistently for last few years. While this increases the addressable market and thus the revenue generation potential, the greater concern for the industry remains the depressed pricing power and downward trend of realizations,” Harsh Jagnani, Sector Head- Corporate Sector ratings, ICRA Ltd told Zeebiz.

Idea posted a first quarterly loss after a span of 10 years since 2007. Declining realisations and higher costs led to a 550 basis points dip in margins to 25%.

Airtel said that its consolidated earnings before income tax deduction and amortisation (EBITDA) stood at Rs 8,570 crore, up 1.1% year on year while consolidated EBITDA margin came in at 36.7%, up 1.5% as against the same period of last year led by Africa margin expansion of 4.9%.

“The pressures on cash flow generation in Q3FY2017 which is expected to continue in Q4FY2017 is likely to increase the debt refinancing requirement for the industry and keep the debt coverage metrics muted,” Jagnani said.

Tata Communications in a recent PTI report said that its debt amounted to $1.4 billion.

Further speaking about telecom debt, Jagnani said, “We estimated the debt level of the industry at Rs 410,000 crore as on March 31, 2016 which is expected to further increase by the end of FY2017 following the addition of spectrum related debt in October 2016.”

When RJio was launched in September it promised three months of free data and voice calling to its subscribers. This was further accentuated with its Happy New Year offer and now the company has introduced a new scheme for just Rs 100 to avail the free services bouquet with a slight variation.

Even Airtel along with Vodafone and Tata Docomo tried to retain subscriber base with similar plans that impacted their Q3 financial.

“The sector will continue to be under pressure as EBITDA losses mount for some of the large players which has occurred after a long time. However, long term prospects look good as we see the consolidation happening in the sector as visible with merger talks between Aircel-Reliance Communications and between Vodafone-Idea,” Dixit said.

While commenting on outlook on the industry Jagnani added, “The outlook for the industry is negative on account of the weak pricing power of the industry which would take some time to improve. While any consolidation would provide benefits in terms of operational and financial synergies, the overall competitive intensity of the industry would remain high. The discontinuation of the free service period by Reliance Jio Infocomm Ltd. is a key watch event.”

Telecom wars with Jio may have an unintended consequence: Your wallet