US President Donald Trump increased tariffs on $200 billion worth of Chinese imports to 25% from 10% last week. The move is widely expected to raise prices on thousands of products including clothing, furniture and electronics. China retaliated on Monday, though on a smaller scale. 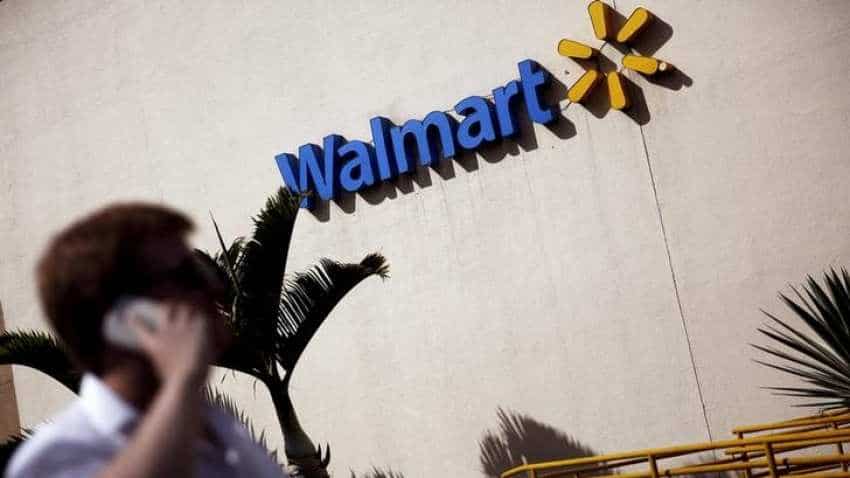 Walmart Inc said on Thursday that prices for shoppers will rise due to higher tariffs on goods from China as the world`s largest retailer reported its best comparable sales growth for the first quarter in nine years. Bentonville, Arkansas-based Walmart called out the impact of tariffs on consumers after Macy`s Inc delivered a similar warning on Wednesday. The department store chain`s Chief Executive Jeff Gennette said tariffs on Chinese imports are hitting its furniture business and warned investors that additional levies would leave its clothing and accessory categories vulnerable.

US President Donald Trump increased tariffs on $200 billion worth of Chinese imports to 25% from 10% last week. The move is widely expected to raise prices on thousands of products including clothing, furniture and electronics. China retaliated on Monday, though on a smaller scale.

Walmart Chief Financial Officer Brett Biggs said in an interview that higher tariffs will result in increased prices for consumers. He said the company will seek to ease the pain, in part by trying to obtain products from different countries and working with suppliers` "costs structures to manage higher tariffs."

Moody`s analyst Charlie O`Shea said the potential impact on Walmart and its shoppers from tariffs is limited by its food business. Its grocery operation, which includes fresh food, contributes roughly 56 percent to overall revenue.

"We believe Walmart has the wherewithal both financially and via its vendor relationships to minimize the impact on both itself and its shopping base," he said.

Walmart US Chief Executive Officer Greg Foran said on a conference call the company will maintain its "low-price leadership" and "manage costs on an item-by-item basis." But that position has been threatened, in part, by rising competition from discount chains like Aldi.

Also, Walmart`s vendors have started to raise prices, among them Del Monte Foods, which supplies fresh and packaged goods to Walmart, including mandarin oranges imported from China. Prices will go up again with tariffs rising.

"It’s not just tariffs. Transportation costs are up, labour costs are up. It’s an inflationary environment," Del Monte CEO Greg Longstreet told Reuters on the sidelines of a conference. "A lot of that`s going to have to be passed on. The consumer is going to have to pay more for a lot of critical goods."

NO SIGNS OF SPENDING SLOWDOWN
Walmart CFO Biggs said the retailer has not seen signs of a slowdown in consumer spending. Investors and analysts expect U.S. spending to slow this year against a backdrop of rising debt, tariffs and economic uncertainty.

US retail sales unexpectedly fell in April as households cut back on purchases of vehicles and a range of other goods, reflecting a slowdown in economic growth after a temporary boost from exports and inventories in the first quarter.

Earlier this week, Walmart stepped up its online battle with Amazon.com Inc by offering one-day delivery in some markets without a shipping fee, weeks after Amazon announced a similar plan.

Walmart said it will cost the company less than for two-day shipping since orders will come straight from warehouses closer to the customer and arrive in a single box rather than multiple packages.

Sales at Walmart`s U.S. stores open at least a year rose 3.4%, excluding fuel, in the quarter ended April 30. Analysts estimated growth of 3.1%, according to IBES data from Refinitiv. Walmart has recorded over four straight years of sales growth, unmatched by any retailer.

Adjusted earnings per share increased to $1.13 per share, beating expectations of $1.02 per share. But profits remained under pressure as more revenue was generated by lower-margin online sales and as e-commerce investments rose.Operating income fell 4.1% to $4.9 billion, in part because of Walmart`s purchase of Indian e-commerce startup Flipkart last year.

In the United States, the largest piece of Walmart’s business, operating income grew 5.5% as some transportation costs eased.

Online sales rose 37%, slowing from the previous quarter`s 43% increase but stronger than online sales growth at most of its brick-and-mortar rivals. The company has forecast a 35% increase in online sales this year.

Total revenue was up 1% at $123.9 billion but lower than analysts` estimates of $125.03 billion, dragged down by the currency impact and lower international sales. Excluding currency, revenue was up 2.5% at $125.8 billion.

On Tuesday, Walmart said it was considering a stock market listing for its British supermarket arm Asda, whose attempt to combine with rival J Sainsbury Plc was blocked by UK regulators last month.