Ameo sales was in fact one of the lowest in the C1 segment in the month of November. 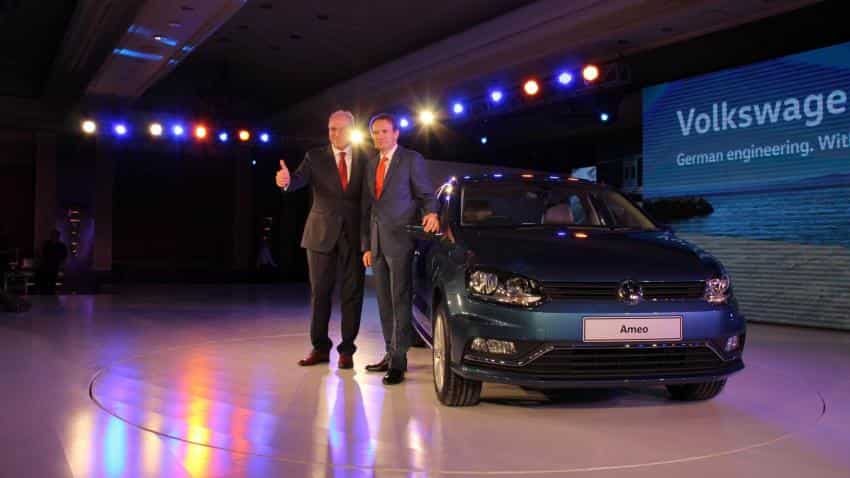 Whatever gain in terms of sales Volkswagen (VW) Ameo made in the month of October were all wiped out in November.

VW's car, made specifically for India, saw a 48.8% decline in sales to 1,641 units from 3,207 units sold in October, according to data from Society of Indian Automobile Manufacturers (SIAM).

The car had managed to double its growth from September to October. Ameo sold 1,491 units in September and grew to 3,207 units in October. 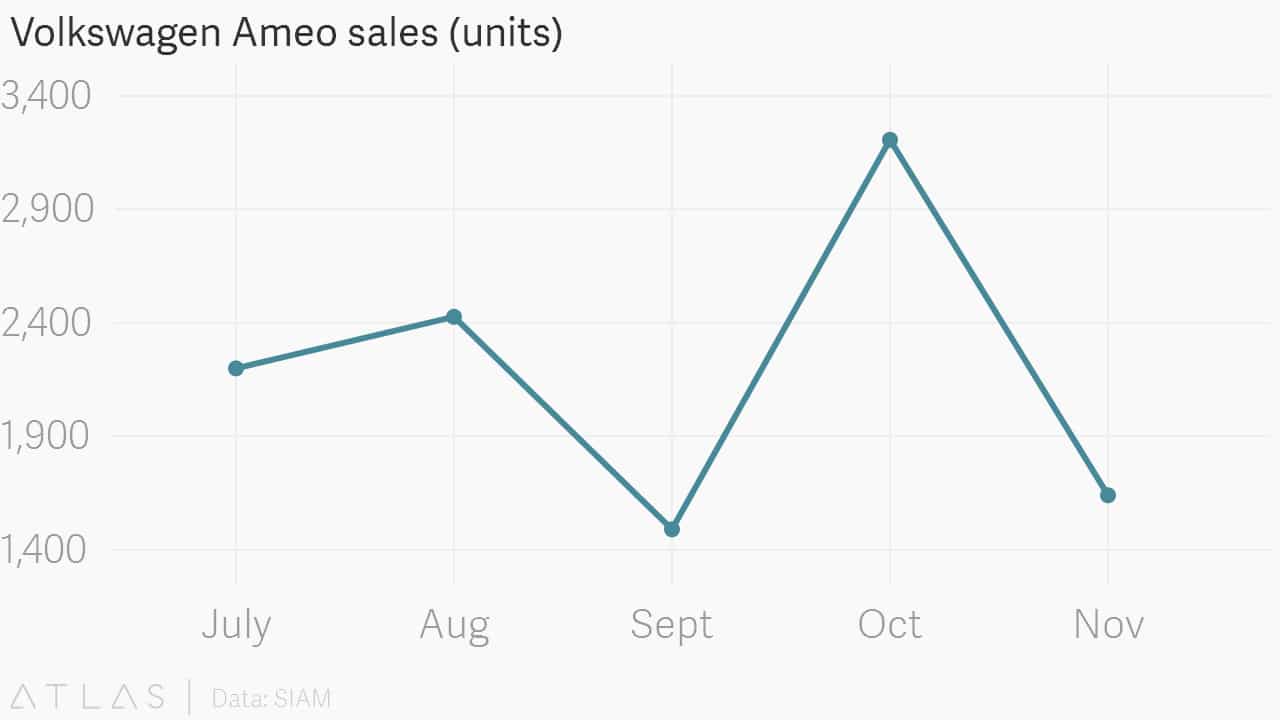 Ameo sales was in fact one of the lowest in the C1 segment (sedans priced below Rs 8 lakh) in the month of November. In comparison, even Toyota Etios sold 3,188 units and posted a 7.1% month on month sales growth. Tata Zest in November sold 2,643 units, Maruti Suzuki Dzire sold 17,218 units, and Hyundai Xcent sold 3,623 units.

The only cars which saw lower sales that the Ameo was Chevrolet Sail Sedan which sold 158 units, Ford Aspire with sales of 1,800 units, Mahindra Verito with sales of 291 units, Nissan Sunny with 158 units sold,