Volkswagen (VW) said on Friday the money it was setting aside to pay for the scandal would drive it to a 2015 net loss of 1.36 billion euros, the largest in its history and the first on an annual basis since 1993. 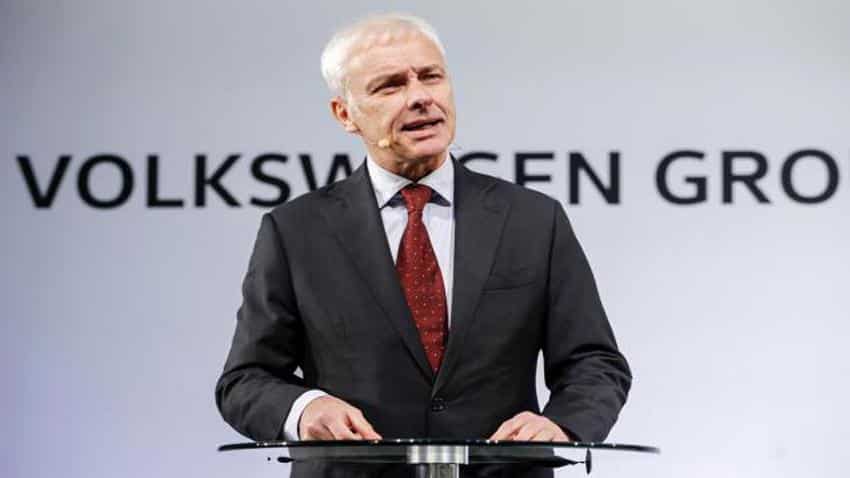 Volkswagen (VW) said on Friday it would take a 16.2-billion-euro (nearly $18.2 billion or Rs 1.21 lakh crore) hit to its 2015 results and slash its dividend to help pay for its emissions test cheating scandal.

The news came amid growing signs of a regulatory clampdown in the wake of VW`s cheating affecting the broader industry, with Germany-based automakers including Mercedes-Benz, and Opel - as well as VW - agreeing to recall a total of 630,000 cars to fix diesel engine technology blamed for high pollution.

On Thursday, VW agreed on a framework settlement with the US authorities to buy back or potentially fix about half a million cars fitted with illegal test-fixing software and set up environmental and consumer compensation funds.

Analysts said the deal was crucial for VW to give a cost for the scandal in its 2015 results, which have been delayed since February, and provide a starting point for Europe`s biggest carmaker to try to rebuild trust with investors and customers.

VW said on Friday the money it was setting aside to pay for the scandal would drive it to a 2015 net loss of 1.36 billion euros, the largest in its history and the first on an annual basis since 1993. Full results are due on April 28.

However, analysts said the Wolfsburg-based company could still face further costs, including potential US Department of Justice (DoJ) fines as part of an expected civil settlement, and a DoJ investigation that could lead to criminal charges.

There are also questions over whether it will offer compensation to the much larger number of diesel drivers affected outside the United States (US), as well as who will be blamed for the scandal in several ongoing investigations.

"The crisis in Wolfsburg is far from over yet," said NordLB analyst Frank Schwope, who has a "hold" rating on VW stock.

"The agreement with the US regulators is nothing but an intermediate step in a marathon that should stretch out over the next 5-10 years."

VW said on Friday it could not release preliminary findings from an investigation it commissioned from US law firm Jones Day until it had reached an agreement with the DoJ.

Chief Executive Matthias Mueller also said he could not put a figure on the total cost of the scandal -- which some analysts have estimated at about $30 billion (nearly Rs 1.9 lakh crore) -- but there was no reason to believe the 2015 loss would lead to job cuts.

It also said executive bonuses for 2015 would fall by an average 39% from the year before. Management bonuses have been a major flashpoint with workers and some investors, with VW`s second-largest shareholder - its home state of Lower Saxony - calling for them to be scrapped or significantly reduced.

VW, which has described 2016 as "a year of transition", said it expected deliveries to be on a par with last year`s 9.93 million cars, with revenues falling as much as 5% due to weak demand in South America and Russia.

VW`s preferred shares, down nearly 20% since VW admitted to cheating US diesel tests in September, closed down 1.3% at 125.45 euros, after gaining sharply this week.

Engine management systems and software have come under increased scrutiny since the VW scandal broke.

Though no other carmaker has been found using the "defeat device" software employed by VW, the regulators and environmental groups have criticised the wide use of engine management systems which switch off treatments for reducing emissions in order to improve performance and increase the interval between services.

Following extensive testing, the Germany`s motor transport authority questioned whether the use of this loophole was always justified and necessary, a German official said on Friday.

The official said General Motors` Opel and Daimler`s Mercedes-Benz, as well as VW brands Audi and Porsche, had agreed to recall a total of 630,000 vehicles to tweak emissions management systems.

BMW, which invested in fuel saving technologies earlier than most rivals, was not part of the recall, the official said.

The carmakers said they will cooperate with authorities.

Separately, Daimler said late on Thursday the US DoJ had asked it to investigate its emissions certification process for vehicles. Finance chief Bodo Uebber declined to elaborate on what prompted the investigation when Daimler published earnings for the first three months of the year on Friday.

"We cannot go into details," he told reporters as Daimler said first-quarter operating profit fell 9%, hit by launch costs for its new E-Class and currency swings.

Daimler said on Thursday it was cooperating with the US authorities and would "investigate possible indications of irregularities and of course take all necessary actions."