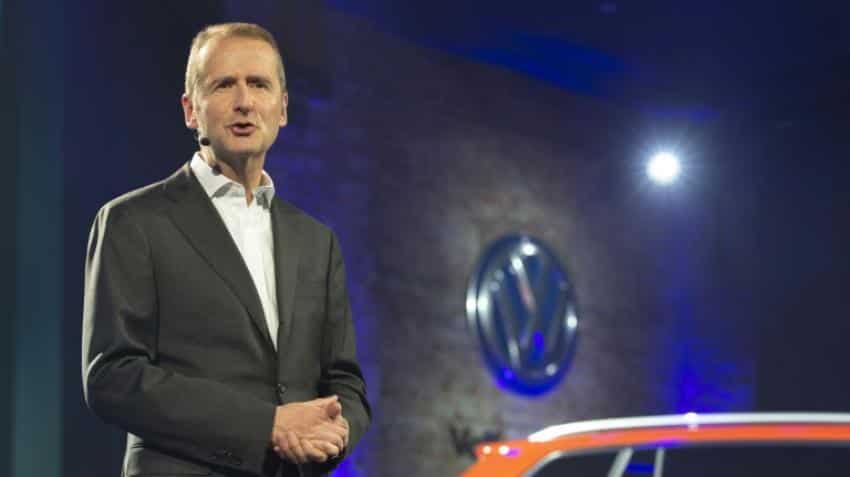 The head of the Volkswagen (VW) brand of cars said his company would continue to manufacture in Mexico and pledged to produce electrified vehicles in the United States (US).

Herbert Diess, who took over Volkswagen AG`s namesake brand in 2015, also said the company would produce electrified vehicles in the United States (US).

The remarks come as President-elect Donald Trump in recent weeks has threatened automakers with import tariffs if they sell foreign-made cars on the US market. Trump has so far targeted Toyota, Ford and General Motors.

Diess on Sunday said Volkswagen would keep its production facility in Puebla, Mexico, where it produces the Jetta and the Golf MK7.

"Mr Trump I think wouldn`t want us to produce cars and only export to Mexico. Mexico is for us a very big market as well," Diess told reporters at the unveiling of new sports utiltity vehicel (SUV) models designed for the US market. The Detroit auto show kicks off on Monday.

He also said Volkswagen had not reached out to the president-elect`s transition team.

Diess stressed that the German automaker, which is struggling to put a global emissions cheating scandal behind it, has a significant presence in the United States (US) and will build electric vehicles in the country.

"I think we are well positioned in America. We strongly invested in Chattanooga. We have one of the most modern plants here," he said.

"We are really becoming an American car company now."

The company should decide in early 2018 where in the United States (US) to manufacture Volkswagen electric vehicles, according to Diess, who said his company was not afraid of being strong-armed by Trump.