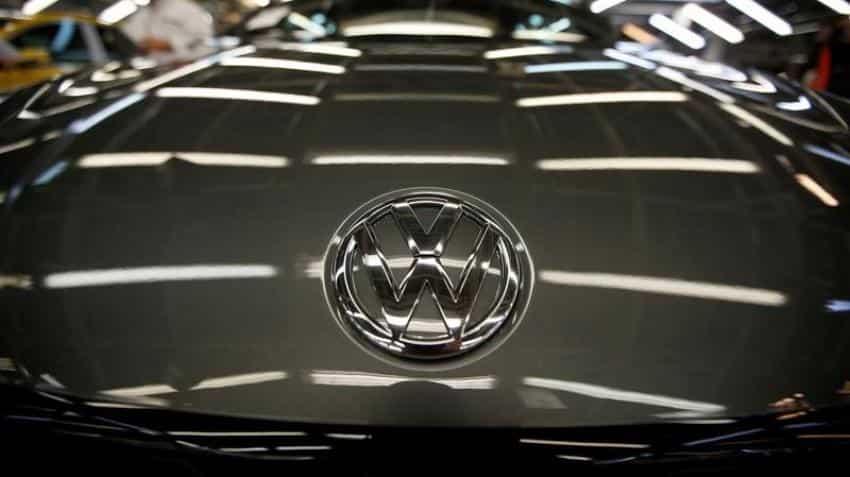 The logo of Volkswagen company is seen on a car on an assembly line at the Volkswagen car factory in Palmela. Image Source: Reuters
Written By: Reuters
RELATED NEWS

Volkswagen AG has agreed to spend up to $2.1 billion Canadian dollars to buy back or fix 105,000 polluting diesels and compensate owners in Canada, the company said Monday.

In June, Volkswagen (VW) agreed to a similar deal with US owners, in which it would spend up to $10.03 billion to buy back or fix 475,000 US vehicles. In total, the company has now agreed to spend to date more than $18 billion to address diesel emissions issues in North America. The automaker still faces more costs to address larger vehicles and US fines.

"Volkswagen`s primary goal has always been to ensure our Canadian customers are treated fairly, and we believe that this proposed resolution achieves this aim," said Volkswagen Group Canada President and Chief Executive Officer Maria Stenstroem.

Two Canadian courts will hold approval hearings around the end of March. Volkswagen will pay legal fees to the suing owners` lawyers separately from the settlement fund.

Most of the 105,000 Canadian owners will get between C$5,100 and C$5,950 in compensation in addition to the value of the vehicle or they get the vehicle repaired.

Volkswagen is expected to announce a deal on Tuesday to address another 80,000 polluting 3,0 litre vehicles in the United States (US).

Reuters reported on Friday that deal will include Volkswagen`s agreement to spend more than $200 million to offset additional excess US diesel pollution and offer to buyback about 20,000 of the polluting vehicles, while fixing the other 60,000.

Volkswagen could face billions of dollars in additional US fines to resolve an ongoing criminal investigation and federal and state environmental claims.