Keeping up with the competition from Reliance Jio has cost India's second largest telecom operator Vodafone. The company's ARPU as well as service revenues have taken a hit. 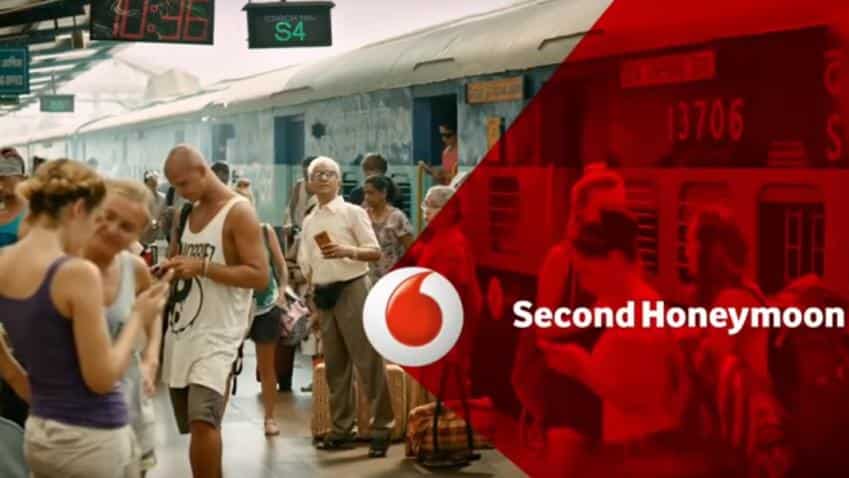 The company said it had 6.77 crore data users, of which 4.46 crore used more than 1MB data on an average. Image Source: Vodafone ad/ Youtube
Written By: ZeeBiz WebTeam
RELATED NEWS

Vodafone India on Tuesday announced its standalone revenue figures for the six monthly period ended September 30, in FY18. The operator said its service revenues were down on the back of ‘continued price competition.’

“Due to the continued price competition from new operator and incumbents, seasonality and GST, Vodafone service revenue at Rs 19,002 crores in H1 FY18 (down by 15.8%),” Vodafone said.

On the earnings before income tax deduction and amortization (EBITDA) front the company’s margin stood at 21.4%. “EBITDA at Rs 4,075 crores in H1 FY18; strong performance on cost delivering EBITDA margin of 21.4%.”

In other financial performance indicators the company said its Operating Free Cash Flow (OFCF) were at Rs 1,543 crores and capital investments of Rs 2,915 crores in H1 FY18.

“Amidst continuing intense competition, we recorded a gain of 0.6ppt in RMS in Q1FY18 (YoY) and delivered a stable performance overall. We see signs of positive developments with consolidation of smaller operators. We are making good progress in securing requisite approvals for our merger with Idea Cellular and in monetizing our tower assets,” Sunil Sood, Managing Director and CEO, Vodafone India said.

The company said it has garnered nearly 20.7 crore subscribers at the end of September which it said was 3.3% increase YoY.

A report by COAI revealed that the company had 21.19 crore subscribers at the end of June.

Data traffic on its mobile network also grew as the company unleashed a host of data benefits under bundled data schemes. The company said it had 6.77 crore data users, of which 4.46 crore used more than 1MB data on an average.

“Data usage exploding and usage/sub (for users >1MB for Q2FY18) at 2.7GB. Data usage growth led by higher smartphone penetration at over 38% of total customer base,” the company said.

“Yesterday, Idea and Vodafone, through a joint press release announced the companies have separately agreed to sell their respective standalone tower businesses in India to ATC Telecom Infrastructure Private Limited (“American Tower”) for an aggregate enterprise value of Rs. 78.5 billion. In the event that the completion of the sale of the standalone tower businesses precedes the completion of the proposed merger, Vodafone will receive Rs. 38.5 billion,” the company said.