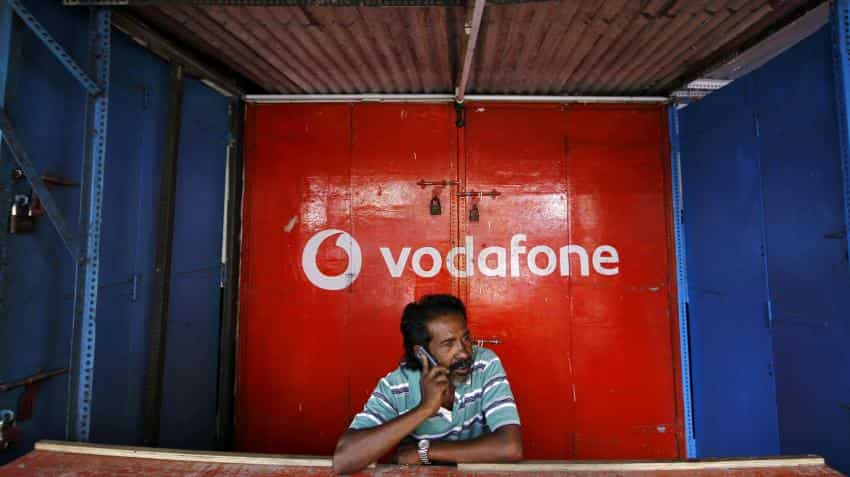 The Rs 346 plan that was launched at the beginning of March for all customers has now been re-launched only for select Vodafone customers who receive an SMS from the company. Image Source: Reuters
Written By: ZeeBiz WebTeam
RELATED NEWS

Sparing no effort in fighting off competition amidst another price war, Vodafone has reintroduced its Rs 346 4G pack that offered pre-paid customers 28 GB data for 28 days.

This plan was earlier valid only till March 15 with free calling.

Fair usage policy (FUP) on this plan entailed 1GB of 4G free data per day after which normal data charges applied and free calling up to 300 minutes per day and total 1200 minutes in seven days inclusive of local and STD.

The Rs 346 plan that was launched at the beginning of March for all customers has now been re-launched only for select Vodafone customers who receive an SMS from the company.

Additionally, the company has also ‘gifted’ its post-paid subscribers 24 GB of free data for three months.

The company introduced this scheme under ‘Vodafone Delights’ and will provide 8GB free data every month to these customers.

Along with Vodafone, Idea also announced 1GB pack per day free for its post-paid users for Rs 300 to counter Reliance Jio’s freebies.

On the scheduled last day of Reliance Jio’s Prime offer, March 31, Idea rolled out this offer that has been discounted for the first three months of subscription wherein subscribers will get to avail of the offer for Rs 50 on base rental plans of Rs 349 to Rs 498.

Newcomer Reliance Jio has kept to its promise of ‘unlimited maza continued hoyenga’ with its Summer Surprise but for its Prime 72 million subscribers who paid over Rs 303 only.