Vodafone moved to the Supreme Court after the Delhi High Court dismissed the plea against Trai's order on IUC charges. 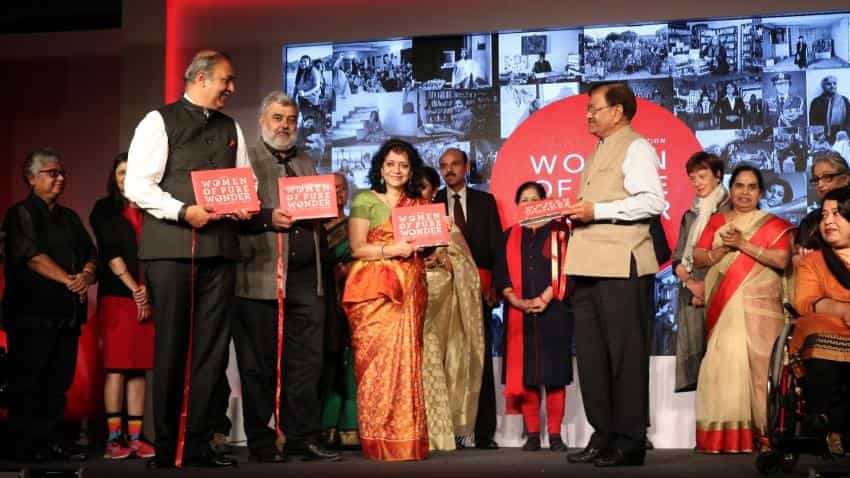 Vodafone India MD and CEO Sunil Sood during the launch of the fourth edition of "Women of Pure Wonder" series in New Delhi on March 10, 2017. Photo: IANS
Written By: ZeeBiz WebTeam
RELATED NEWS

Telecom company Vodafone moved to the Supreme Court (SC) on Saturday against the Delhi High Court order dismissing the plea against the Telecom Regulatory Authority of India (TRAI) for fixing the interconnection usage charges (IUC) at 6 paise.

The plea was against the consultation process adopted by the telecom regulator for fixing the new IUC charges, said a Financial Express report.

The company stated that non-sharing of the cost model with telecom companies amounted to a violation of principles of natural justice. It further told the SC that the High Court erred in failing to recognise that Vodafone has a vested legal right to seek the cost model.

Vodafone in the report said, “This is so, because in fixing IUC/MTC charges, Trai is performing a ‘function’ as per Section 11(1)(b)(ii) of the Trai Act, and as per Section 11 (4) (as amended), Trai is mandated to ‘ensure’ transparency while performing such a function, and/or exercising its powers in relation thereto. Therefore, the statute casts upon TRAI a positive obligation to ‘ensure’ transparency. This statutory mandate gives Vodafone a vested legal right, to a transparent process.”

The company further said that telecom operators need to know Trai's view on the relevant heads of expenditure, etc and figures being taken into account. It said that without the same being supplied, none of the parameters are met for an effective and meaningful consultation, and thus the statutory requirement of ensuring transparency is breached.

The maximum impact of this Trai order would come on telecom companies such as Airtel, Vodafone and Idea Cellular.

Cut in IUC to six paise from 14 paise earlier may cost the top three telcos as much as Rs 2,250 crore cumulatively in the third quarter of FY18.

“Due to the IUC rate cut, we can expect Bharti Airtel’s consolidated EBITDA to decline by nearly Rs 900 crore. In case of Vodafone and Idea Cellular, we can expect a decline of Rs 750 crores and Rs 600 crores, respectively,” Hanish Bhatia, senior analyst at Counterpoint research told Zeebiz in an earlier report.