Existing Vodafone shareholders will be able to buy 87 shares for every 38 shares held at an issue price of 12.50 rupees ($0.1815) apiece, the firm said in a statement. 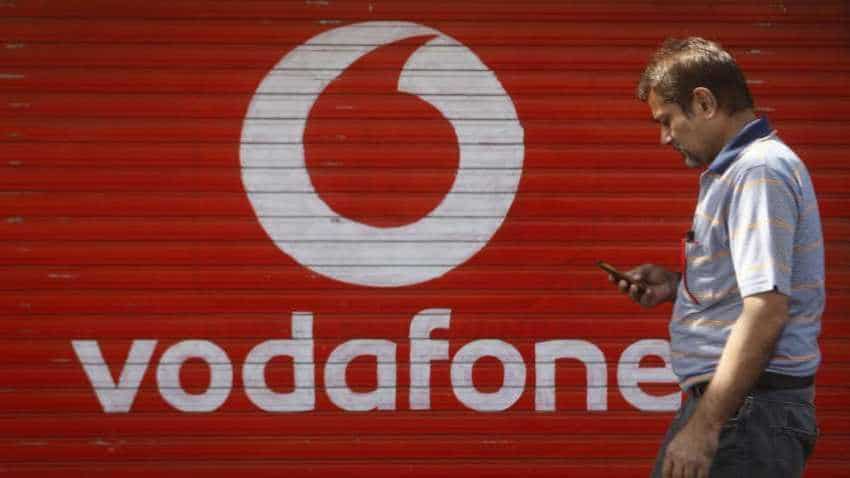 Vodafone Idea Ltd, India`s largest telecommunications company by subscribers, is selling $3.6 billion worth of shares in a rights issue at a discount of about 60 percent, which will more than triple its outstanding shares. The deal announced on Wednesday is the second major fundraising by an Indian telco this year after Bharti Airtel Ltd announced a similar plan to raise $4.6 billion for reducing debt and funding operations in a market blighted by steep price competition. Existing Vodafone shareholders will be able to buy 87 shares for every 38 shares held at an issue price of 12.50 rupees ($0.1815) apiece, the firm said in a statement. That will be a discount of 61 percent to the stock`s closing price on Tuesday.

The issue will increase the number of Vodafone Idea shares by 229 percent, diluting it to 28.74 billion outstanding shares. Promoters Vodafone Group PLC of Britain and India`s Aditya Birla Group will also take part in the issue by subscribing to shares worth up to 110 billion rupees and 72.5 billion rupees, respectively, the company said. Some analysts were sceptical about the benefits of the planned investments and the rights issue to investors.

Deven Choksey, founder of KR Choksey Investment Managers in Mumbai, said "an investor will have to wait for a long time for returns" as the investments are long-term and the fundraising will not repair Vodafone`s balance sheet. Indian telcos are trying to cut debt and shore up balance sheets at a time when the industry grapples with a prolonged price war triggered by the 2016 entry of Reliance Jio Infocomm Ltd, owned by Asia`s richest person, Mukesh Ambani.

Market conditions also prompted Bharti Airtel this month to sell $525 million worth of stock to Singapore Telecommunications Ltd under a fundraising plan. After the announcement of the rights issue terms on Wednesday, Vodafone Idea stock fell as much as 7.6 percent to 29.60 rupees, its steepest intraday fall in almost two months. Shares later erased the losses and closed 3.3 percent higher, in a broader Mumbai market which ended 0.1 percent lower.