Vodafone CEO Vittorio Colao has nothing but praise for the Indian government. 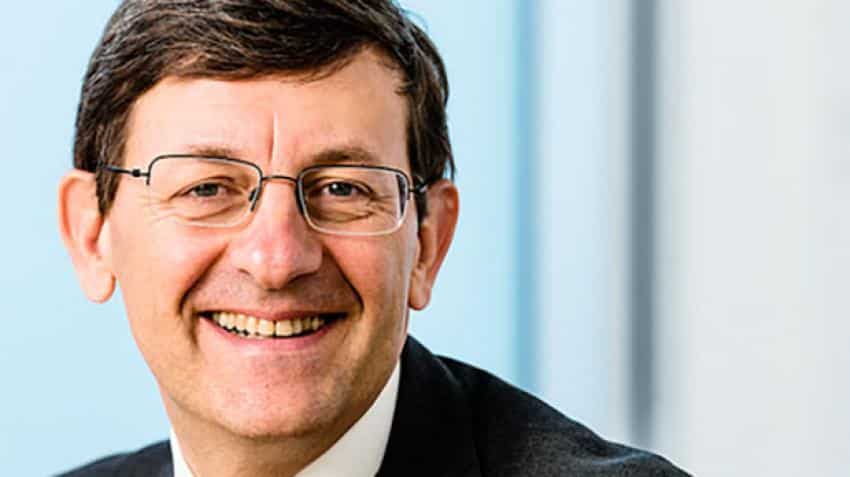 While there might be many things amiss in the Indian telecom sector, to Vodafone CEO, Vittorio Colao, all seems well. The telecommunications company’s top executive has praised the Indian government for reforms within the sector.

Speaking at the World Economic Forum in Davos on Thursday, Colao thanked the PM Modi-led government.

“India has significantly increased the amount of spectrum which is now available to operators. The proposed increase in spectrum caps will further hasten the roll out of networks to the benefit of customers, government and industry,” he said.

The commission approved Telecom Regulatory Authority of India’s recommendation to raise the overall spectrum holding cap in a particular circle to 35% from 25% earlier. The move was welcomed by the sector as it was seen to encourage mergers and acquisitions. Vodafone's impending merger with Idea Cellular is estimated to come to a close in the first half of 2018.

Further speaking about a ‘marked improvement in the ease of doing business,’ Colao added, “Digital India and Make in India are transformational initiatives. The focus of Prime Minister Modi’s government and India’s new progressive policy framework are ensuring their successful execution. India’s enhanced economic liberalisation will bring more international investment into its growing economy, which will in turn generate exciting opportunities and boost job creation.”

“Simplicity and transparency are key to the reforms introduced and this has been recognised by the significant improvement in India’s position in the Ease of Doing Business global rankings. The swift progress we have made in just under a year towards the completion of our merger with Idea Cellular is testimony to this fresh approach. India has a clear set of well-defined M&A rules and we are seeing their fair and speedy implementation”, said Colao.

The telecom sector in India is sweltering under a massive debt amount that was estimated to reach Rs 4.8 crore by March FY18.

With the entry of Reliance Jio and its unleashing of numerous offers has resulted in a marked decline in the ARPU across the sector.

Vodafone lost 15 lakh data subscribers at the end of the September quarter. Its subscriber base dropped below the much celebrated ’21 crore’ mark to 20 crore in October 2017, as per TRAI data.

Bharti Airtel and Idea Cellular announced yet another weak quarter post the launch of Jio. However, the third quarter also entailed the cutting of IUC charges by TRAI to six paise which was tough on the telcos.

TRAI has also decided to cut international call termination rates, which Idea has labelled as a ‘body blow’ to the industry.