Vishal Sikka says 'malicious stories' being spread to target him

Infosys said it has a strong, established internal process to evaluate acquisition targets and make investments. 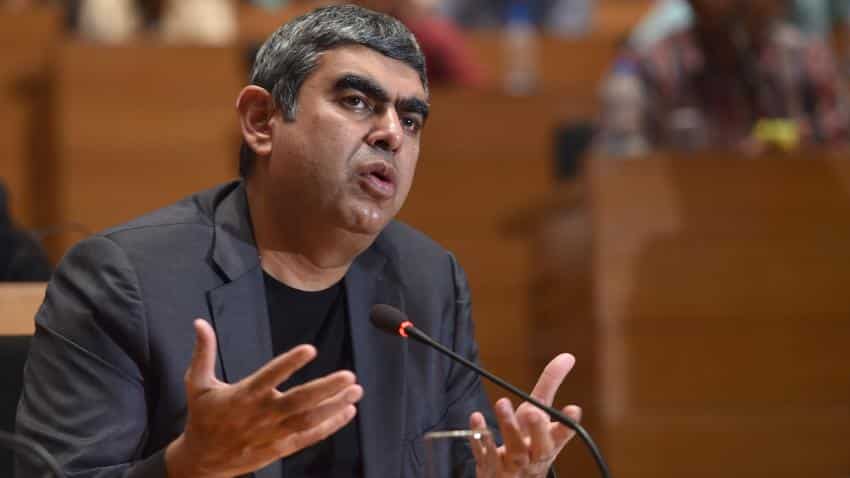 A section of media reported about a whistleblower's letter to market regulator Sebi. Photo: IANS
Written By: PTI
RELATED NEWS

Infosys chief Vishal Sikka on Monday said "false and malicious" stories are being spread about the $200-million Panaya buyout to target him even as the tech major asserted that no one from the management team benefitted from the deal.

In a letter to employees, Infosys chief executive Vishal Sikka lashed out at detractors for spreading "false and malicious" stories about the company and said they were "designed" to target him to the "point of harassment".

In a strongly worded email to Infosys employees, Sikka said the reports questioning the company's acquisition of Panaya are "orchestrated by people who are hell-bent on harming the reputation of the company and its employees".

In a late evening statement, Infosys said, "We categorically state that no member of the Infosys management team was involved in any prior investments in Panaya, and insinuations that anyone from the management team at Infosys benefitted from this acquisition are misleading and slanderous."

The IT giant added that it will investigate the charges made and "will respond to all queries received either directly or from the regulatory authorities" as per its process.

In February 2015, Infosys had announced buying the Israeli automation technology company for USD 200 million or Rs 1,250 crore in cash.

A section of media reported about a whistleblower's letter to market regulator SEBI, alleging irregularities in the acquisition of Panaya.

Referring to the charges, Sikka said "they create a false alternate-reality out of events and dates, with embellishments that are calculated to mislead and sensationalise".

He added that while these "distractions are expensive, draining and time-consuming", it is Infosys' burden to ensure that the company's business continues "unflinchingly".

"We cannot let these stand unchallenged, and we will take every step and pursue every avenue to strongly defend the company in the face of these unfair and unwarranted attacks," the Infosys CEO said.

Sikka is pitted against a clutch of co-founders led by N R Narayana Murthy voicing concerns over a spike in his remuneration and hefty severance packages for two former executives. Stating that the company has "far bigger battles ahead", Sikka urged employees to "rise above the distractions, focus on what really matters, and deliver".

"I am, as always, counting on your faith and unwavering attention to what really matters. Change is never easy, and change at the scale that we are undertaking may be unprecedented, and perhaps it is this change that has so inflamed some into trying to drag us all into the mud," he said.

Infosys said it has a strong, established internal process to evaluate acquisition targets and make investments.