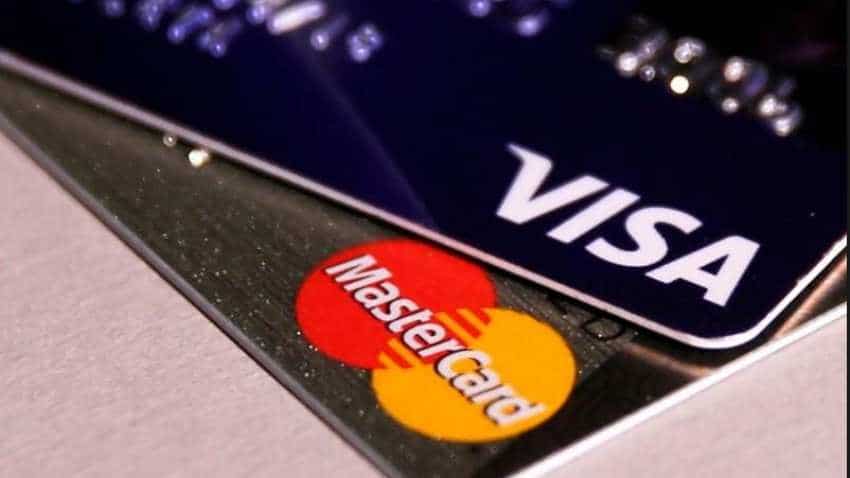 Fees that Mastercard and Visa charge financial institutions, such as banks, for processing card payments on behalf of merchants, are also set to go up, the report said. Image source: Reuters

Visa Inc and Mastercard Inc, the two biggest U.S. card networks, are preparing to raise certain fees levied on U.S. merchants for processing transactions from this April, the Wall Street Journal reported on Friday, citing people familiar with the matter. Some of the changes relate to so-called interchange fees, the report said. Interchange fees are what merchants pay to banks when consumers use a credit or a debit card to make a purchase from their store.

Fees that Mastercard and Visa charge financial institutions, such as banks, for processing card payments on behalf of merchants, are also set to go up, the report said. A Visa spokesperson confirmed that the fee hikes would go into effect in April, 2019, but only for merchant banks, and not merchants.
Merchant banks are financial institutions that maintain accounts for sellers such as Amazon and Costco. JPMorgan, Citigroup and Bank of America are some of the top merchant banks in the country.

However, it is up to merchant banks if they want to pass on the fee hike to sellers, or absorb it themselves. Similarly, it is sellers` discretion to pass on the hike to consumers or not.  Up to 2.5 percent of prices for goods and services go to cover card fees, the WSJ said.

Card companies have said in the past that their credit and debit cards usually result in more sales for merchants, especially in countries like the United States. They also say that expenses for ramping up anti-fraud/theft security measures, to make payment processing safer, need to be covered. Mastercard did not respond to Reuters` request for comment on the story.

Recently, the two companies along with several U.S. banks, had to pay over $6 billion to settle a lawsuit brought by merchants who accused the credit card companies of violating federal antitrust laws by forcing merchants to pay swipe fees and prohibiting them from directing consumers toward other methods of payment.