Reliance Naval & Engineering, which was earlier known as Pipavav Defence & Offshore Engineering, was bought over by Anil Ambani group in 2016 and renamed it as Reliance Defence & Engineering. It owes over Rs 9,000 to over two dozen banks mostly state-run, led by the troubled IDBI Bank 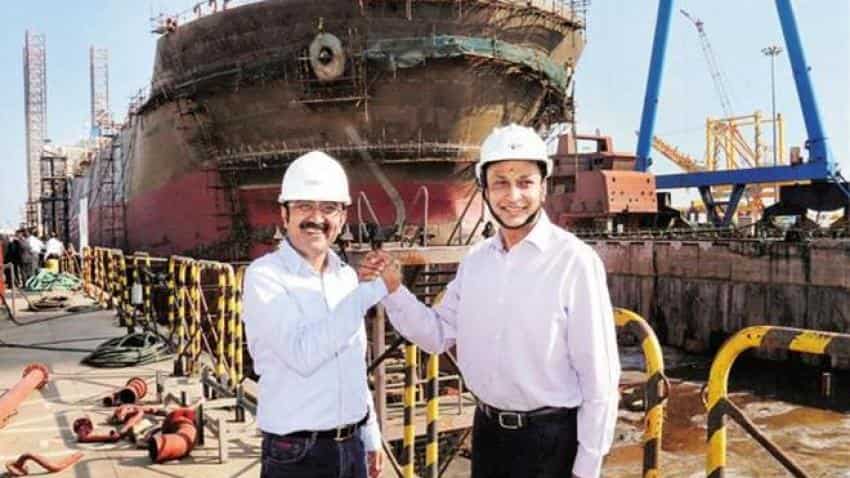 Defence Naval, which is into defence ship-building, has also been tagged as NPA by state-run Union Bank of India. Image source: PTI

The state-run Vijaya Bank has classified the Anil Ambani group-led Reliance Naval & Engineering, whose auditors had recently expressed doubts about the company's ability to continue as a "going concern", as non-performing asset from the March quarter. The company, which was earlier known as Pipavav Defence & Offshore Engineering, was bought over by Anil Ambani group in 2016 and renamed it as Reliance Defence & Engineering. It owes over Rs 9,000 to over two dozen banks mostly state-run, led by the troubled IDBI Bank.

The Bengaluru-based Vijaya Bank said the action was necessitated by the February 12 changes that the Reserve Bank had brought to the NPA resolution framework, which while scrapping all the existing frameworks, including debt restructuring, asked banks to consider even one-day delay in payments as default which if not cleared in 180 days should be sent to NCLT for bankruptcy proceedings.

"A few accounts, including Reliance Naval, were under various restructuring schemes like the SDR and S4A by all the lenders. With the February 12 circular, the RBI made it clear that all those accounts where restructuring could not happen by then, have to be treated as NPAs. "Reliance Naval was under restructuring (SDR), but the implementation could not happen, and so, it slipped into NPA from the March quarter," a senior Vijaya Ban official told PTI over phone from Bengaluru over the weekend.

The official further said the bank has made adequate provisions for the Reliance Naval account in the March quarter without disclosing how much is its exposure and how mich it has provided for. A mail sent to the company last evening did not elicit a response till the time of transmission of this story.
Reliance Naval is the second firm from the Anil Ambani group to become NPAs after its once flagship but now bankrupt Reliance Communication, which is already at the Mumbai NCLT. RCom owes over Rs 45,000 crore to 31 banks apart from a China Development Bank.

Defence Naval, which is into defence ship-building, has also been tagged as NPA by state-run Union Bank of India, according media report, which also said the account was tagged as SMA2 by all the lenders since the past many quarters. But PTI could not verify it with the city-based lender. An account is called SMA 2 if it is in default for up to 60 days bit if it remains so for another 30 days then it has to be tagged as an NPA account and the bank has to make provision and since the February 12 RBI circular, should be sent to NCLT for bankruptcy provisions.

In the March quarter, the IDBI Bank-led lenders consortium recalled thier loans to the company and invoked the pledged shares as well as the guarantees available with them. In a note in the FY18 earnings statement, its auditors Pathak HD & Associates had raised doubts about the company's ability to "continue as a going concern".

Auditors listed cash losses, networth erosion, loan recall back by secured lenders, mounting current liabilities which are substantially higher than assets and winding up petitions by a few operating creditors to raise its doubts. Ambani had picked up controlling stake in Pipavav Defence & Offshore Engineering in 2016 and renamed it as Reliance Defence & Engineering. Last year, it was renamed again as Reliance Naval & Engineering.