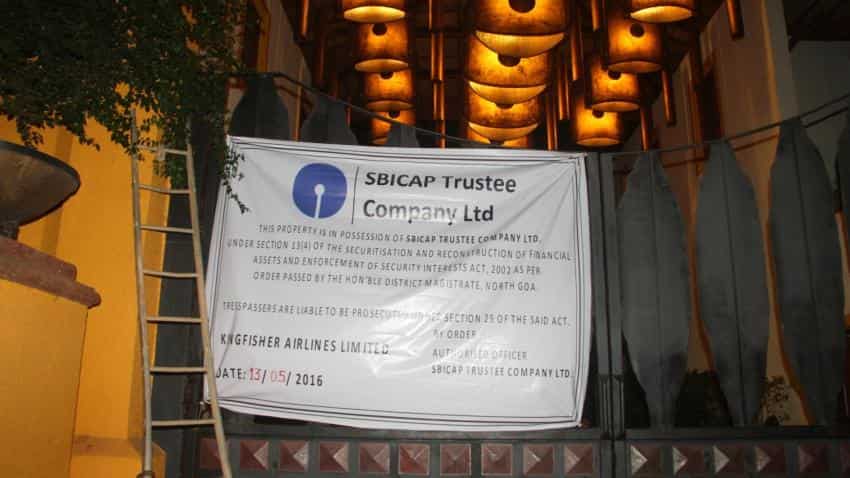 A notice put-up outside Kingfisher Villa declaring it to be in the possession of SBICAP Trustee Limited in Candolim, on May 13, 2016. Photo: IANS
Written By: ZeeBiz WebTeam
RELATED NEWS

Liquor baron Vijay Mallya's Kingfisher Villa in Goa has finally got sold to an actor-businessman Sachiin Joshi. State Bank of India (SBI)-led group of lenders, which had seized the property after he failed to repay the loans, finally managed to sell the Kingfisher Villa after three failed attempts.

The Goa property was sold to a film production company Viiking Media & Entertainment, which is owned by Joshi, according to an Economic Times report. It further said that Joshi paid slightly more than the property's previous reserve price of Rs 73 crore and this was further confirmed with SBI chairman Arundhati Bhattacharya.

The prime property is located at Candolim in Goa and had become infamous for the huge parties thrown by Mallya.

Mallya owes over Rs 9,000 crore to a consortium of banks led by SBI and has been declared a wilful defaulter after his Kingfisher Airlines was grounded in 2012.