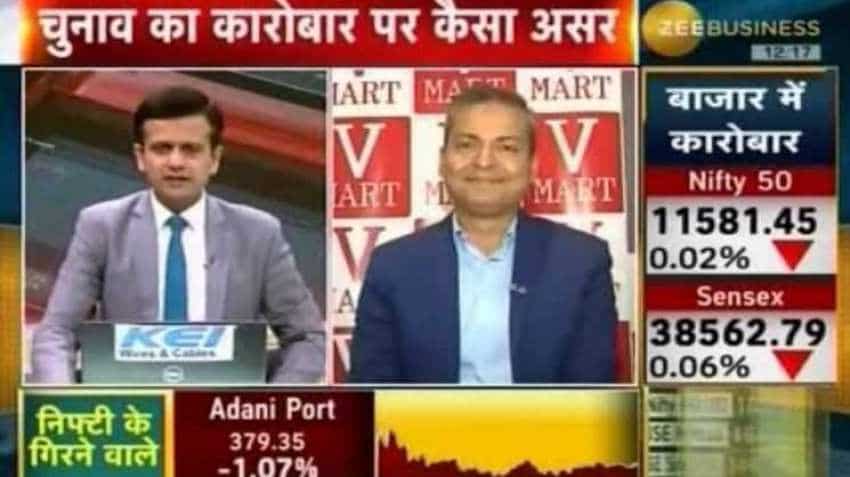 V-Mart has 215 operational stores at present, of which two stores were opened this year. Image source: Zee Business

V-Mart has opened two new stores in recent past. Can you update us on the number of stores that is available at present? Also, provide the number of more stores that will be launched in FY20?
215 stores of V-Mart are operational at present of which two stores were opened this year. We opened 44 new stores in the last financial year and are looking forward to opening at least those many stores this year; the numbers may go up to 50 as we can see opportunity and scope of growth in India. The scope can be seen by penetrating deep.

How the fourth quarter went for V-Mart and did the sales went as per the expectations, if yes, update us on sales growth?
We were not able to grow as per the target as the first two months of the quarter remained little weak, but sales went up during Holi. Other than that demand has remained low from Diwali. It seems that there is a pressure on the economy, rural economy and consumption strength of rural India. Sales didn’t go as per expectations, but the overall sales remained good. However, aspirations visible in consumers hints that demand will pick up in recent future as the public is in wait and watch mode due to GST, demonetisation and ongoing elections.

Besides, the schemes announced during the election period indicates that we will be benefitted from them.

You are more into rural India. Have rural earnings has increased, if yes, then has it changed into spending?
I will go by my previous statement where I have said that it, the rural spending, hasn’t gone up in the last 4-5 months, in fact, it went down. It was an impact of rain as well as the rates at which their produce was sold would not have benefitted a lot to them. Apart from this, the risk and fear present in the atmosphere are not allowing them to spend openly on consumption. So, I haven’t seen any rise in spending in the last 4-5 months.

But it has increased a lot in last 3-4 years, especially in terms of aspirations where everyone wants to make themselves presentable, want to consume, decorate their homes, provide good clothes to their children, educate and entertain themselves. So, I think there is a growth and it is here to continue as we are living in the world of Selfie, where everyone wants to look smart and this change will convert into consumption. I feel, it, the new trend, will benefit us.