The US president Donald Trump's administration has welcomed Infosys latest decision to hire 10,000 workers in the US stating that it was a result of the US government's "pro-growth economic agenda." 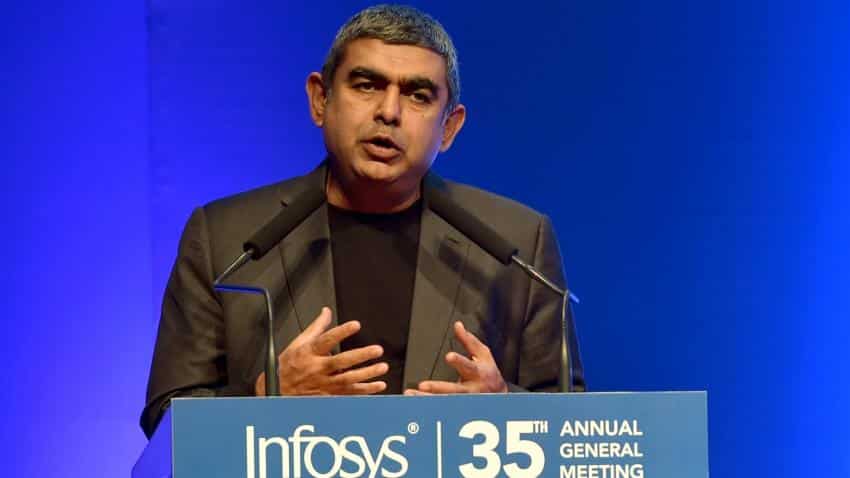 The US president Donald Trump administration on Wednesday welcomed the decision by IT giant Infosys to hire 10,000 Americans in the next two years, saying it was a result of the US government's "pro-growth economic agenda."

Infosys on Tuesday announced it will hire 10,000 Americans in the next two years and open four new centres in the United States (US) as part of efforts to mitigate the impact of H-1B visa curbs.

The first of the four innovation centres for new technologies like artificial intelligence (AI) and machine learning will open in August in Indiana, the home state of US Vice-President Mike Pence.

In a statement to The Washington Post, the White House termed the announcement by the Bangalore-based tech firm a political victory for the Trump administration, which has on several occasions accused outsourcing firms of "unfairly" taking jobs away from the US.

It said the decision was further evidence that companies are renewing investment in the US as a result of the Trump administration's "pro-growth economic agenda."

"We're glad to see companies like Infosys see opportunity in the American economy again," said Ninio Fetalvo, a White House spokesman, in a statement to The Post.

The US had accused Infosys and its larger rival, Tata Consultancy Services (TCS), of unfairly cornering the lion's share of the H-1B work visas by putting extra tickets in the lottery system. Every year, the US grants 65,000 H-1B visas while another 20,000 are set aside for those with advanced degrees.

At a White House briefing last month, an official of the Trump administration said a small number of giant outsourcing firms flood the system with applications which naturally ups their chances of success in the lottery draw.

The H-1B visa is a non-immigrant visa that allows US companies to employ foreign workers in speciality occupations that require theoretical or technical expertise in specialised fields. Indian technology companies depend on it to hire tens of thousands of employees each year for their US operations.

Reforming the H-1B visa system was one of the major election promises of US President Donald Trump.

He last month signed an executive order that seeks to make changes to a H-1B visa programme that brings in highly skilled foreign workers.

The White House says the executive order will make it harder for tech firms to replace American workers with cheaper foreign labour, and will strengthen rules barring foreign contractors from bidding on government projects.