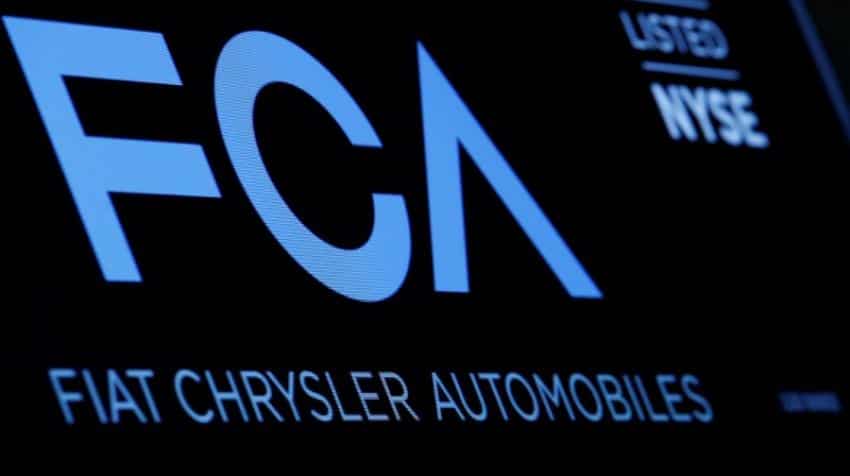 A screen displays the ticker information for Fiat Chrysler Automobiles NV at the post where it''s traded on the floorof the NYSE. Photo: Reuters
Written By: Reuters
RELATED NEWS

Fiat Chrysler to recall 1,200 SUVs in India for airbag replacement

The U.S. Justice Department plans to file a civil lawsuit against Fiat Chrysler Automobiles NV over excess diesel emissions as early as this week if no agreement is reached with the Italian-American automaker, two sources briefed on the matter said on Wednesday.

The U.S. Environmental Protection Agency in January accused FCA of illegally using undisclosed software to allow excess diesel emissions in about 104,000 cars and SUVs, the result of a probe that stemmed from regulators` investigation of rival Volkswagen AG .

The EPA and California Air Resources Board have been in talks with FCA about the excess emissions and whether the agencies would approve the sale of 2017 FCA diesel models.

A federal judge in California has set a May 24 hearing on a series of lawsuits filed by owners of vehicles against Fiat Chrysler and the Justice Department is expected to file its action by then if no agreement is reached.

FCA said on Wednesday it believed that any litigation would be "counterproductive" to ongoing discussions with the EPA and California Air Resources Board.

The company added that "in the case of any litigation, FCA US will defend itself vigorously, particularly against any claims that the company deliberately installed defeat devices to cheat U.S. emissions tests."

The Justice Department has had an ongoing criminal investigation into FCA`s conduct since last year, Reuters reported in January. The probe has turned up internal emails written in Italian and other documents about engine development and emissions issues, sources briefed on the probe said.

The European Commission has launched legal action against Italy for failing to respond to allegations of emission-test cheating by Fiat Chrysler in a procedure that could lead to the country being taken to court.

The EPA has said the maximum possible fine against FCA could be $4.6 billion.

In February, FCA said it had received requests for information and subpoenas from U.S. federal and state authorities, including the Securities and Exchange Commission, for diesel issues.

In total, VW has agreed to spend up to $25 billion to address U.S. claims from owners, environmental regulators, states and dealers and offered to buyback polluting U.S. vehicles.

Fiat Chrysler to recall 1,200 SUVs in India for airbag replacement