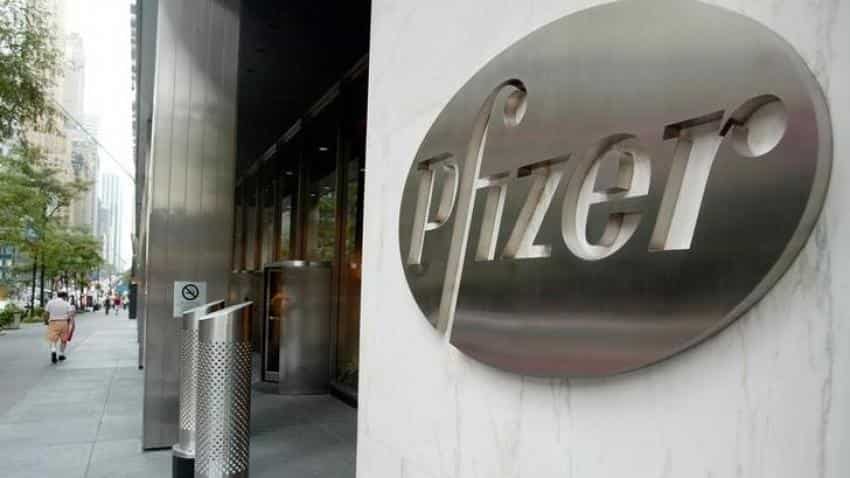 Pfizer to buy Medivation for $14 billion

US drugmaker Pfizer Inc, which has been considering a split into two companies for more than two years, said on Monday it would not do so because the move would not create any shareholder value.

Pfizer said a split would not boost cash flow or better position the businesses competitively. It would also disrupt operations, have inherent costs and fail to deliver any tax efficiencies, the company said.

Pfizer will keep its low-growth generics and patent-protected branded medicines separate, giving it the option to split later if "factors materially change at some point in the future."

Pfizer said the decision would not affect its 2016 financial forecast. Its shares fell 1.5% to $33.75 in morning trading, amid a 1% decline in the ARCA Pharmaceutical Index of large drugmakers.

The move follows the collapse of Pfizer's planned $160 billion (nearly Rs 10.64 lakh crore) acquisition of Irish drugmaker Allergan Inc after a change in US law negated the tax benefits for companies moving corporate headquarters to overseas locales through acquisitions.

Investors were expecting the company to step back from the split, Sanford Bernstein analyst Tim Anderson said in a research note.

"The company seems likely to leave open its option for a future split-up, but more immediately it may continue hunting for megers and acquisitions (M&A) targets," Anderson wrote.

Pfizer began openly planning for a possible split in early 2014, saying it would operate the businesses as separate divisions and track their progress for three years before reaching a decision. In August, it said it would decide by year-end.

Pfizer said the sum-of-the-parts analysis showed no benefit to shareholders, and that tax costs and business disruptions were factors it considered.

The company had considered the move largely because its patent-protected medicines routinely enjoyed sales growth while demand for its generics usually declined.

But the $15 billion (nearly Rs 99,791.25 crore) purchase of Hospira a year ago has bolstered Pfizer's wide array of generics, which the company calls "essential products." Hospira makes generic injectable hospital products and biosimilars, which are cheaper versions of the world's leading biotech drugs.

Annual sales of Pfizer's generic portfolio should grow by a single-digit percentage rate in coming years, JPMorgan analyst Chris Schott said in a research note. He forecast a 3% rise in the company's overall annual sales through 2020, resulting in 8% earnings growth.

Investors shifted their focus to whether Pfizer would split after the company terminated the Allergan deal in April.

In August, Pfizer said it was buying Medivation Inc for $14 billion (nearly Rs 93,138.5 crore) to get access to blockbuster prostate cancer drug Xtandi for its growing oncology roster.

That deal illustrates a shift in Pfizer's mergers and acquisitions strategy from lowering taxes, which was the rationale behind the failed Allergan bid, to strengthening its lineup of branded drugs, especially lucrative cancer treatments.

Pfizer to buy Medivation for $14 billion