Telecom operator – Reliance Communications has announced a new plan. We tell you all about it. 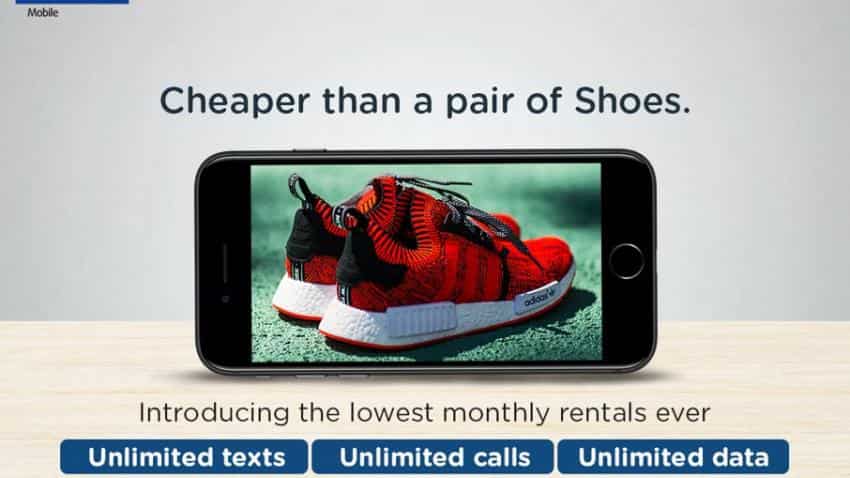 The plan was being promoted as ‘cheaper than a pair of shoes.’ Image Source: Reliance Communications Twitter handle
Written By: ZeeBiz WebTeam
RELATED NEWS

Reliance Communications has announced the launch of a new tariff plan which the company claimed was its ‘lowest rates ever.’ The company’s official Twitter handle had tweeted out the new offer of Rs 299 on Wednesday.

The plan was being promoted as ‘cheaper than a pair of shoes.’

The teaser for the plan reads 'unlimited texts, unlimited calls and unlimited data.'

Earlier in August, Reliance Communications had launched a ‘Rozana’ offer.

The offer gives subscribers 1GB data per day and 30 minutes of unlimited calling to any network for a recharge of Rs 193.

The plan will be valid for a total of 28 days the company said.

Earlier in July the same plan was offering 1GB 4G data and one hour of calling for Rs 33 with a validity of two days.

Other tariff plans for Reliance Communications subscriber include 1GB data per day at Rs 147 under its ‘Get-Net’ pack.