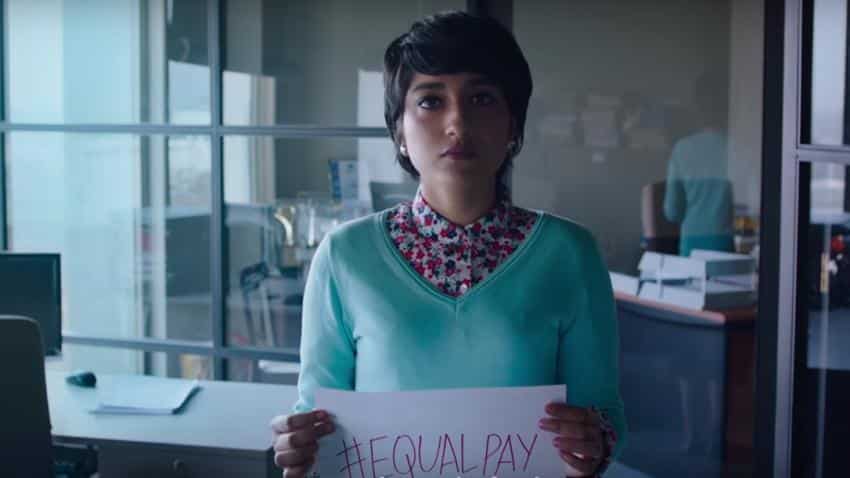 United Colors of Benetton has always taken up issues and has always voiced their strong opinion through their advertising campaigns. At times this has brought them severe criticism from certain corners and has ruffled quite a few feathers, like the time when they showed the Pope and the Imam kissing or showing a white and black man handcuffed together. But that has not deterred the brand for continuing. Their new ad campaign “United By Half” may not be as controversial, but has nevertheless held on to its principles of equality and peace.

The 'United by Half' campaign has been launched by the brand during Valentine's Day to start a movement of men acknowledging and celebrating women as equal partners. For this the brand has created a powerful TV film that shows the bold side of women and asking to be made equal partners in every aspect of life. This includes decision making, paying the equal share of the bills, making the first move on a man she likes, asking for equal pay, among others.

What is best part of the ad apart from the visual aspects of the film is the copy that goes alongside the ad. It starts by the words, “We are not better halves, or worse. Definitely not the weaker halves. We won't settle for less. All we want is our half.”

And while ads on women empowerment concentrate only the discrimination aspect, this ad calls for men to share the burden and give women access to the half of every opportunity and aspect in life be it decision making, education, jobs, relationships, etc.

This ad which breaks the sterotypes is part of a global campaign from the brand. United Colors of Benetton launched the campaign just a few days prior to Valentine's Day and had also managed to bring in actress Kalki Koechelin and others such as Gul Panag and Meghana Bhat for the launch of the campaign.