Vodafone mentioned it has invested over Rs 1,340 billion in India to build its mobile network. 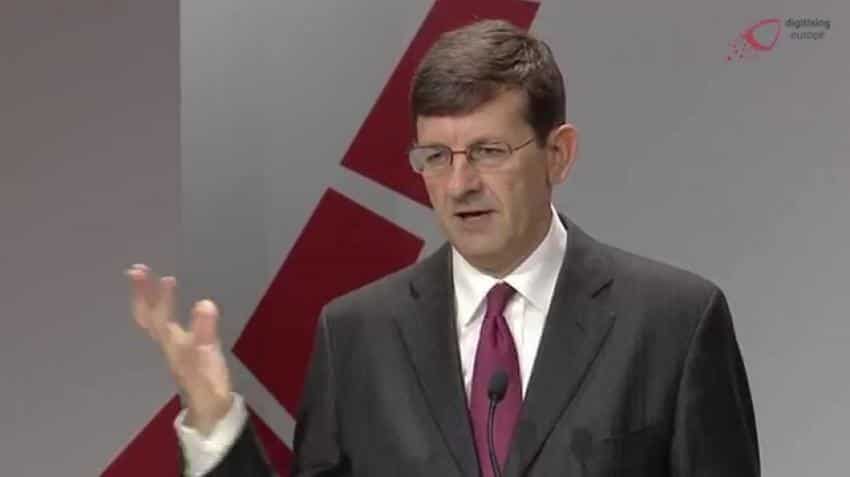 With the inter-ministerial group (IMG) on telecom expected to submit its recommendations soon, Vodafone Group CEO Vittorio Colao has urged the Indian government to reduce interest rates on deferred spectrum payments and appealed that mobile termination charges (MTC) be not reduced further.

In a letter dated Aug 22, a copy of which is available with IANS, Colao has written to Communications Minister Manoj Sinha saying that: "We hope that the IMG will recommend a reduction in the interest rates for deferred spectrum payments to 6.25 per cent in line with the improved macro-economic trends and an increase in the period of payment for spectrum."

The company mentioned it has invested over Rs 1,340 billion in India to build its mobile network.

The letter said: "On mobile termination charges, we are seriously alarmed to see reports that the Regulator is considering a reduction in MTC at a time when the industry is facing such immense hardships. Any reduction in MTC risks large scale site shut-down of already unprofitable sites in rural India and which would greatly diminish the population coverage of mobile telephony."

The task of the IMG is to examine systemic issues affecting viability and repayment capacity of the telecom sector and furnish recommendations for resolution of stressed assets.

The group, comprising officials from the Finance and Telecom Ministries, was set up after top banks expressed concern about financial stress in the industry.

"We request your urgent intervention to safeguard the future of the telecom sector and ensure that there should be no further reduction in MTC as it would destabilise the sector, defeat government`s rural coverage objectives and cause huge inconvenience to citizens, in particular, in rural India," Colao said.

He added: "We reiterate our long-term commitment to the government vision of Digital India and request your urgent intervention and consideration of our above submissions."

Taking a dig at Reliance Jio, he said: "There is a view being propagated by the new entrant that as a 4G-only operator, it has a cost advantage in the region of 70 per cent compared to the established 2G/3G/4G operators. There is no evidence -- either Indian or international -- to support such a claim."

"It is also clear from the TRAI (Telecom Regulatory Authority of India) industry workshop on MTC, that Reliance Jio has assumed continued growth of an implausible level of paid traffic on its network. However, the present traffic levels are a result of extreme promotional activity and generated by incurring huge losses.

"Reliance Jio is also assuming that it can recover its costs many years into the future. However, continued under-pricing of services leads to a rapidly increasing cost per subscriber, recovery of which will require higher ARPUs in future, which is unfeasible/ unrealistic. It is undesirable for a critical core industry like telecom to be regulated based on the ambition of a new operator with no history of financial sustenance," Colao added.