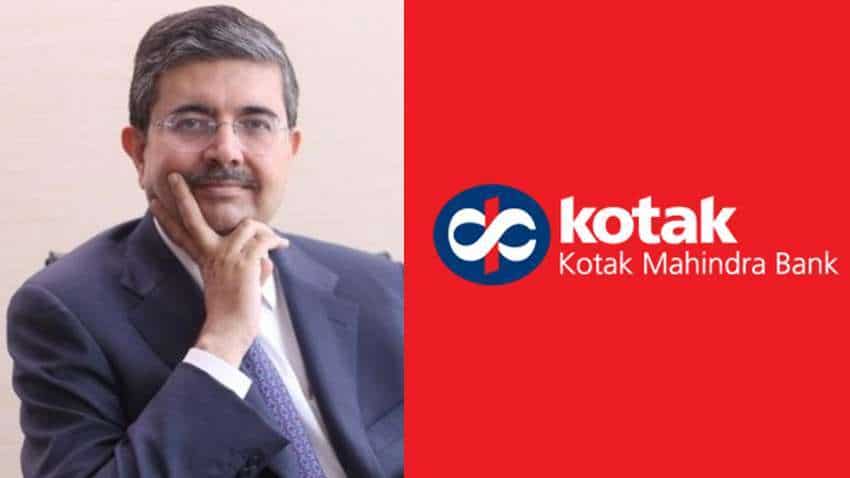 Kotak now has time till mid-August for selling the remaining 0.10 per cent holding in the bank to comply with the RBI mandate. Photos from Kotak Mahidnra website.
Written By: Prashant Singh
Edited By: Harish Dugh
RELATED NEWS

Stocks in Focus on June 12: HDFC Bank, Kotak Mahindra Bank to SBI Life; here are expected newsmakers of the day

In a major development, Uday Kotak sold 2.83 per cent of the promoter group's holding in the private sector lender Kotak Mahindra Bank for Rs 6,944 crore. The deal comes within days of the bank raising over Rs 7,400 crore through a qualified institutional placement (QIP) of shares over the weekend. The promoter holding in the bank had come down a tad over 1 per cent from 29.8 per cent after the QIP issue.

According to an exchange filing, the 2.83 pct stake sale, executed through open market trades, will help Kotak comply with the RBI's stake reduction mandate as the promoter group stake will go down to 26.10 per cent. The shares were sold to marquee investors at the top end of the indicative price band of Rs 1,215-1,240 per share on Tuesday. As per the rules, price at which a share sale happens cannot be less than 1 per cent of the previous day's close, which gets the floor price at Rs 1,236, they said, adding that the shares were sold at Rs 1,240, the highest end of the band indicated earlier to investors.

Kotak had reached a settlement with the RBI earlier this year, as part of which the central bank had asked the promoter holding to come down to 26 per cent by August.

Kotak now has time till mid-August for selling the remaining 0.10 per cent holding in the bank to comply with the RBI mandate.

Even though the ownership has been capped at 26 per cent, the RBI has reduced the voting rights of the promoter group at 15 per cent as part of the arrangement reached earlier.

Stocks in Focus on June 12: HDFC Bank, Kotak Mahindra Bank to SBI Life; here are expected newsmakers of the day

EXPLAINED: 55-hour lockdown in UP – What will remain open and closed