Company executives allayed investor concerns about a shortage of drivers, telling analysts that spending on incentives to entice drivers back on the road after the pandemic was largely behind the company. 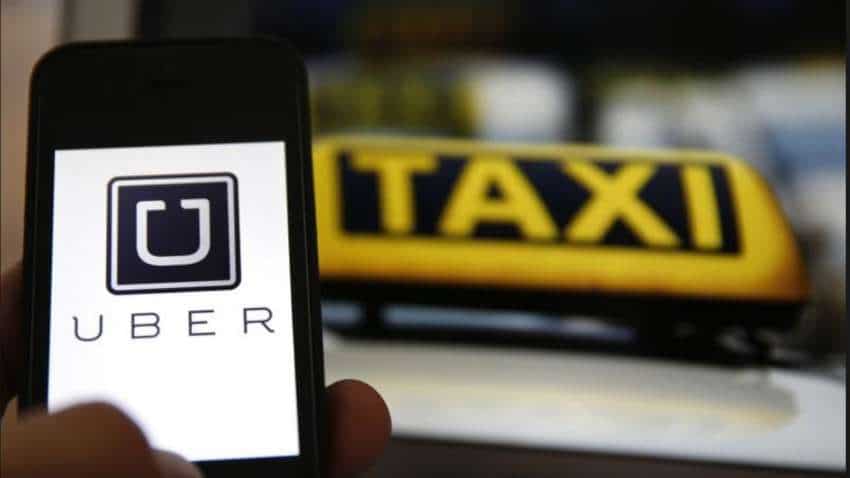 The California-based company reported adjusted earnings before interest, taxes, depreciation and amortization, a measure that excludes one-time costs such as stock-based compensation, of $8 million for the quarter ended Sept. 30.

Uber Technologies Inc on Thursday reported its first profitable quarter on an adjusted basis since it launched more than a decade ago with its two most important segments, ride-hailing and restaurant delivery, both turning the corner.

Company executives allayed investor concerns about a shortage of drivers, telling analysts that spending on incentives to entice drivers back on the road after the pandemic was largely behind the company.

But a massive drop in the value of its stake in Chinese ride-hailing company Didi drove a $2.4 billion net loss in the third quarter, and Wall Street viewed Uber`s fourth-quarter forecast as disappointing. Shares bounced in after-hours trade and were up about 1% as Uber briefed Wall Street in a call.

The California-based company reported adjusted earnings before interest, taxes, depreciation and amortization, a measure that excludes one-time costs such as stock-based compensation, of $8 million for the quarter ended Sept. 30. That compared to a loss on the same basis of $625 million a year ago.

Uber forecast an adjusted profit of $25 million to $75 million for the last quarter of 2021. Analysts on average expected $114 million, according to Refinitiv data.

Despite the adjusted profit, Uber`s earnings report came as a disappointment after smaller U.S. rival Lyft Inc on Tuesday reported its second consecutive quarterly adjusted profit at $67.3 million and said it expected adjusted EBITDA of between $70 million and $75 million in the fourth quarter.

Uber`s and Lyft`s operations have yet to become profitable on a net basis, and the companies decline to provide guidance of when that might happen.

A drop in value of Uber`s holding in Chinese ride service Didi and stock-based compensation payments resulted in a net loss that more than doubled from last year.

Didi, which went public in June, saw its market capitalization drop by billions of dollars after China`s market regulator launched an anti-trust probe.

In Uber`s real-world business, total revenue grew 72% to $4.8 billion, above an average analyst estimate of $4.4 billion, according to IBES data from Refinitiv.

Uber`s delivery business, which includes restaurant food and store deliveries, emerged as the company`s backbone during the pandemic. Delivery revenue saw a steady increase in the third quarter, signaling that growth in riders did not come at the expense of its Uber Eats unit.

The company`s core restaurant delivery business, which makes up some 96% of delivery gross bookings, was profitable for the first time on an adjusted EBITDA basis in the third quarter, Uber said.

Consumers were traveling in greater numbers in the third quarter and its driver and courier base had grown by nearly 640,000 people since January, Uber said. The company spent more than $250 million https://www.reuters.com/technology/uber-lyft-tout-us-ride-hail-driver-pa... to lure drivers back after the pandemic.

Uber did not provide data on how driver numbers compared to pre-pandemic levels. Uber Chief Executive Dara Khosrowshahi said the company wanted to grow its driver base beyond 2019 levels to meet expected demand.

Ride bookings in the quarter remained more than 20% below third-quarter levels in 2019, but Uber said ride unit margins had returned to pre-pandemic levels.

"Investors want to see a meaningful recovery in the gross bookings for Uber`s ride-hailing service which is a high-margin business compared to UberEats," said Haris Anwar, an analyst at Investing.com.

While Uber said Halloween weekend surpassed 2019, demand from riders traveling for parties and fun is at about 80% of pre-pandemic levels, executives said during an analyst earnings call.

U.S. airport trips, among the most profitable routes in the industry, increased in recent weeks, but lagged all other ride categories, remaining around 33% below pre-pandemic levels.

Naina Lal Kidwai resigns as independent director from Cipla board