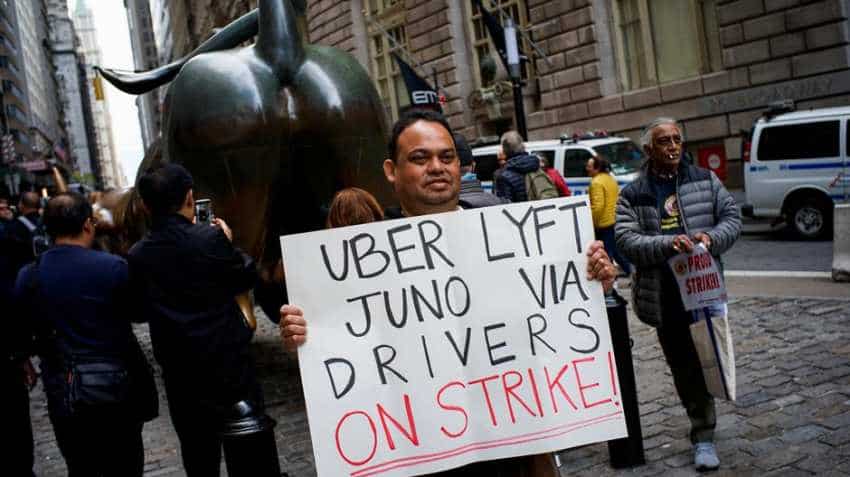 Uber`s IPO comes against a backdrop of turbulent financial markets and the plunging share price of its U.S. rival Lyft Inc. Photo: Reuters

Uber Technologies Inc priced its initial public offering on Thursday at the low end of its targeted range, raising $8.1 billion, two people familiar with the matter said, adopting a risk-averse stance toward the most high-profile U.S. listing since Facebook Inc seven years ago.

Uber`s IPO comes against a backdrop of turbulent financial markets and the plunging share price of its U.S. rival Lyft Inc. Uber is eager to avoid a repeat of what happened to Lyft’s stock, which priced strongly in the company`s late-March IPO, opened trading strongly, but has been falling mostly since. Lyft`s stock slumped nearly 11 percent on Wednesday to a record closing low of $52.91, well below the $72 per share IPO price, after the ride-hailing company reported a $1.1 billion quarterly loss.

Uber, the world`s largest ride-hailing company, is aiming for a valuation of between $80.5 billion and $91.5 billion in the IPO. That is as much as one-third below what the startup`s insiders had hoped for last year, a sign of its more cautious approach in the wake of Lyft`s struggles.

Uber priced its IPO at $45 per share, the people familiar with the matter said on Thursday, toward the bottom end of its $44-$50 per share price range. The IPO values Uber at around $82.4 billion.

A company spokesman declined to comment. Uber is due to price the IPO after U.S. markets close. Some still consider the stock overpriced.

"Uber is basically Lyft 2.0. Good model, growing sales. But, yet again, here comes California math once more. It is still losing a ton of money," said Brian Hamilton, a tech entrepreneur and founder of data firm Sageworks. "If you buy, you are buying a bull market, not a company," he added.

In meetings with potential investors the past two weeks, Uber`s chief executive, Dara Khosrowshahi, argued that Uber`s future was not as a ride-hailing company, but as a wide technology platform shaping logistics and transportation.

The company is hoping this pitch, coupled with any fear of missing out what is expected to be the biggest IPO of 2019, will support demand. The IPO pricing is a balancing act for Uber`s team of underwriting banks, led by Morgan Stanley, Goldman Sachs & Co and Bank of America Merrill Lynch, to negotiate a good price while leaving some upside to ensure the stock trades up on its market debut.

Uber is aiming to sell 180 million shares in the offering to raise up to $9 billion, with a further 27 million potentially sold by existing investors for as much as $1.35 billion.
Uber lost $3.03 billion in 2018 from operations, and reported a net loss attributable to the company for the first quarter of 2019 of around $1 billion on revenues of roughly $3 billion.