Two-wheeler's bittersweet Q3FY19; which stock to buy? Find out! 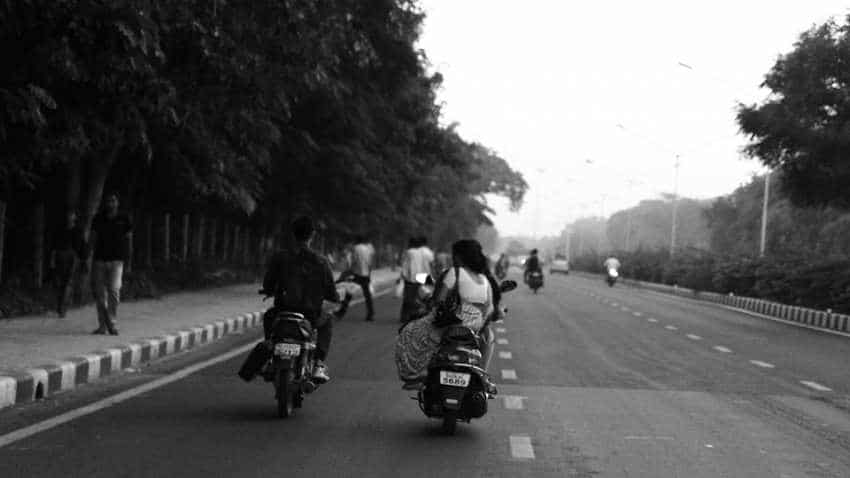 In the third quarter, motorcycles grew by 11% YoY, scooters rose by 4% YoY whereas mopeds had a growth by 3% YoY. Photo: Pixabay

The Q3FY19 performance of key two-wheeler companies, was hindered due to a weak festival season. Keeping in account their state-wise growth and market share data revealed that, there has been a growth of 8% YoY, in the total 2 wheeler volume. In the third quarter, motorcycles grew by 11% YoY, scooters rose by 4% YoY whereas mopeds had a growth by 3% YoY. In the case of motorcycles, the west zone outshines as it rose by 16% YoY in the third quarter, with strong uptick in Madhya Pradesh by 41% YoY and Rajastahn by 29% YoY.On the other hand, it was the south-zone which  under performed pan-India in motorcycles, with a rise of just 1% YoY, due to decline in Andhra-Pradesh and Telengana down 2% YoY, Karnataka down 4% YoY and Tamil Nadu, down 5% YoY.

Meanwhile, scooters saw a great performance in the east zone, outperforming by 15% YoY, majorly in West Bengal and Orissa, with growth of 19% YoY and 16% YoY respectively. The west zone was dragged down, with weakness from the states of Gujarat, down 14% and Madhya Pradesh, down 2% YoY.

According to Elara Capital, this is how major two-wheeler companies have performed in Q3FY19:

TVS Motor gained scooter market share in almost all key states and zones. The east zone gained the most, up 640bp YoY, followed by the west by 420bp, the south by 310bp and the north by 590bp. In the MC space, it lost share only in the south zone by 50bp. The north zone gained market share the most at 130bp YoY, led by UP and Haryana. Mopeds growth of 3% YoY was led by the south zone rise of 22% YoY (AP+Telangana was up 71% YoY).

RE lost market share in all zones. Uttar Pradesh growth remained tepid at 8% YoY while Rajasthan growth recovered to 16% YoY in Q3 from 6% YoY in Q2, Maharashtra, Tamil Nadu and Gujarat reported a sharp decline of 15% YoY, 37% YoY and 25% YoY, respectively. Kerala continues to reel under pressure, with a 24% YoY decline.

Bajaj Auto gained market share across all zones. The south zone gained the most, up 710bp, led by AP+Telengana and Karnataka while the north zone gains stood at 400bp, led by Punjab and Haryana. Overall, the company gained by 400bp in Q3FY19.

Jay Kale and Vijay Gyanchandani, two analysts, recommend sell on Eicher Motors as the company is expected to grow in line with the industry in the next two years. They also suggest buying TVS Motors, with its brilliant performance in scooter,  Ntorq and motorcycle, Radeon. With a strong hold in rural areas, Hero Motocorp has the capacity to bounce back up, hence recommended stock to buy. The analysts propose to reduce buy on Bajaj Auto, as its growth and market share gains will moderate in FY20.