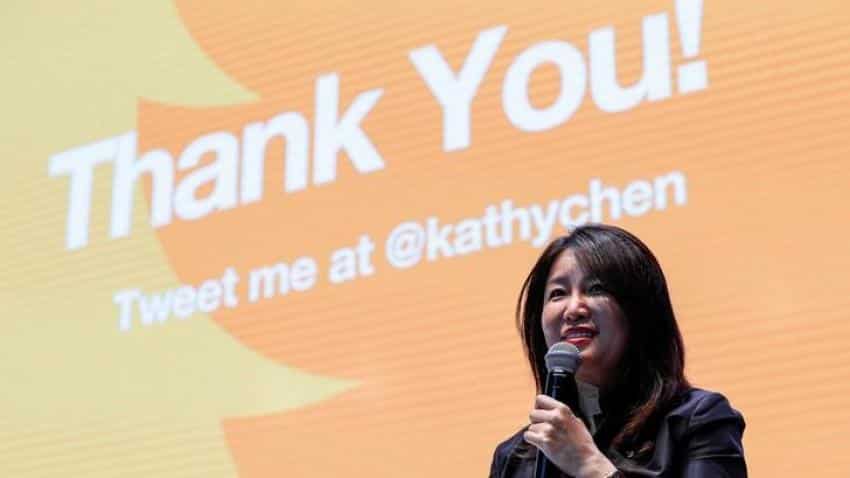 Twitter Inc executive Kathy Chen, brought in to run Greater China just over eight months ago, has quit, according to a tweet sent by her over the weekend.

10/12 I will take some time off to recharge, study about different cultures and then pursue more international business opportunities.

Twitter has been blocked in China since 2009 but is still used through virtual private networks (VPN).

Chen, who had worked with Microsoft and Cisco, was brought in to lure more Chinese advertisers to the platform. At the time, social media criticism focused on her early work with Chinese state-affiliated enterprises.

"Now that the Twitter APAC team is working directly with Chinese advertisers, this is the right time for me to leave the company," she wrote.

Twitter grew its Greater China advertiser base nearly 400 percent over the past two years, she wrote, making it one of the company`s fastest growing revenue markets in Asia Pacific.

Twitter has been undergoing a significant shakeup, and not only in Asia, announcing in October that it would cut more than nine percent of its global workforce to keep costs down. Parminder Singh, managing director for India, Southeast Asia and the Middle East, left the company in early November.