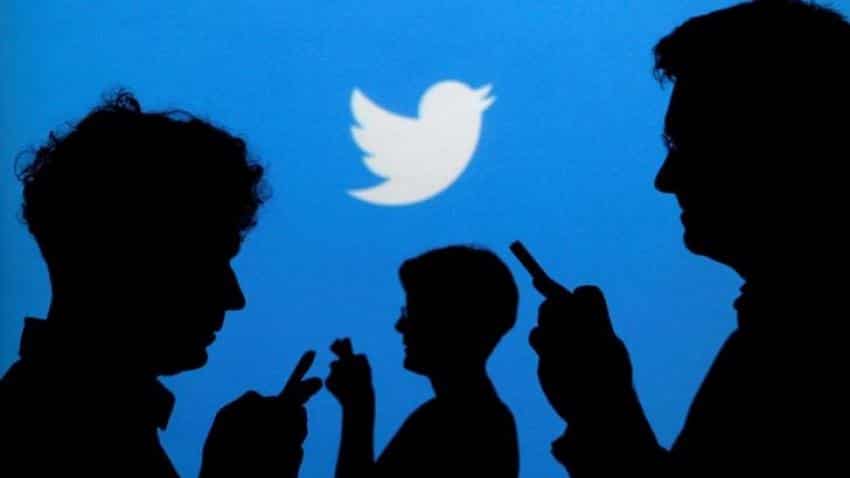 Revenue from advertising declined year-over-year to $638 million, and the company warned that ad revenue growth would continue to lag audience growth during 2017.

"Advertising revenue growth may be further impacted by escalating competition for digital ad spending and Twitter`s re-evaluation of its revenue product feature portfolio, which could result in the de-emphasis of certain product features," the company said.

"There isn`t a growth story here," Pachter said of Twitter.

"I don`t think they can grow revenue without showing user growth," he said. "They have to convince advertisers that they will reach an expanding audience, or they will have trouble competing for new revenue dollars."

"While revenue growth continues to lag audience growth, we are applying the same focused approach that drove audience growth to our revenue product portfolio," Chief Executive Jack Dorsey said in a statement. "This will take time, but we`re moving fast to show results."

San Francisco-based Twitter was abuzz with takeover chatter last year involving big names such as Salesforce.com Inc and Walt Disney Co. That speculation dissipated amid a lack of concrete offers.

Twitter was also hit by a string of executive departures in 2016, including in its products team, which had three heads in less than a year.

Twitter`s user growth benefited from social media frenzy relating to the US presidential election as well as the growing follower base of President Donald Trump, who has 24.3 million listed followers on the network.

Trump has been using Twitter to air his views, bypassing traditional media outlets.

"The shocking part is that the Trump effect was zero. Their growth actually slowed during the quarter," Pachter said.

Twitter has upgraded its offerings with several new features, including live video broadcasts from its app.

"While none of them will likely materially change Twitter`s user/usage growth, these product innovations are a positive step," RBC Capital Markets analysts wrote in a pre-earnings note.

Restructuring charges in the latest quarter ballooned to $101.2 million from $12.9 million a year earlier.

Twitter said in October it would cut 9% of its global workforce as part of a broader restructuring.

ALSO READ: Jack Dorsey to Twitteratis: What do you want to improve in Twitter in 2017?

Jack Dorsey to Twitteratis: What do you want to improve in Twitter in 2017?