Twitter, which was facing allegations of political bias on its platform, has been asked by the parliamentary panel to ensure that the upcoming Lok Sabha polls are not influenced by foreign entities. 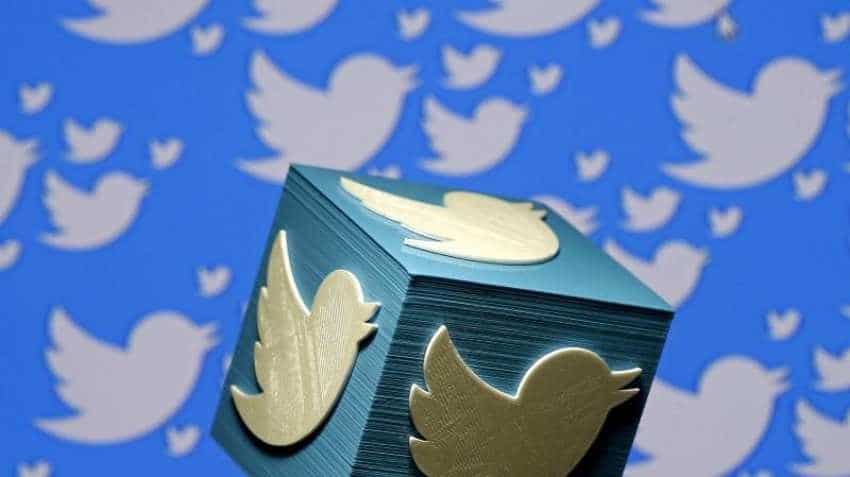 The American company is also said to have agreed to appoint a nodal officer to work with the Election Commission to address any issue that arises during the elections.Image source: Reuters

Social media giant Twitter Tuesday said it is working "collaboratively" with the Election Commission of India and is taking a number of steps, including setting up a cross-functional team, to ensure integrity and transparency on its platform ahead of general elections. A day after his meeting with the parliamentary panel, Twitter Global Vice-President of Public Policy Colin Crowell said the company is putting in place a dedicated cross-functional team that works on site integrity and "is prepared to deal with issues of manipulation".

"India is important to Twitter and this election is top priority for us...The meeting was substantive and respectful...So what I tried to convey to the Committee yesterday was the seriousness with which we are undertaking a variety of activities to prepare for the elections," Crowell told PTI.

Twitter, which was facing allegations of political bias on its platform, has been asked by the parliamentary panel to ensure that the upcoming Lok Sabha polls are not influenced by foreign entities.

The American company is also said to have agreed to appoint a nodal officer to work with the Election Commission to address any issue that arises during the elections.

Asked about the appointment of the nodal officer, Crowell said this is an ongoing conversation with the ECI and that the company will "have people in place that can respond to their requests" and "that process will be worked out prior to elections". "We are committed to working collaboratively and closely with the ECI," he asserted.

On allegations of political bias on Twitter's platform, Crowell said those were false. "Any allegation that Twitter factors in people's political beliefs and perspectives in the development of our rules or the enforcement of our rules, is false. We believe strongly in impartiality and we enforce our rules impartially," he said.

Crowell also outlined that the company has recently launched its Ads Transparency Centre (ATC) in India to bring greater transparency into political spending here and that it is working proactively with political parties and candidates to verify their accounts ahead of the elections.

Over the last few weeks, Facebook, Twitter and Google have promised to infuse more transparency into political advertisements on their platforms and announced a slew of measures as part of their election integrity efforts.

Twitter has, in the past, maintained it is committed to remaining unbiased and that its products, as well as policies, are never based on political ideology. The micro-blogging site earlier this month stated that it believes in the impartiality and does not take any actions, such as blocking of accounts, based on political views.

Twitter, which has been accused by supporters of the ruling BJP of being biased against right-wing forces, had stated that "abuse and hateful conduct comes from accounts across the ideological spectrum" and it will continue to take action when rules are broken.

Explaining how trending topics on Twitter work, the US-based messaging platform had stated that the velocity or the number of tweets in a given time period and not the total number of tweets decides what is trending.

Crowell Tuesday said the company is also ramping up efforts globally, and in India, to educate people on tools available to mute and report content.

"The onus is on us to help with the education and to ensure we are marketing safety information back to our users...We want to educate users about block, mute, report... These efforts are augmented and supplemented with the help of civil society," he said.

He added that over the last many months, Twitter has expanded tools to make users aware of the ways in which they can report issues like hateful conduct, impersonation etc.

Crowell cited an example that in the past, if a user reported something, they may not have come to know of the result. But now, Twitter communicates back to the reporter with the result, he explained.

"The tools available to help users manage their Twitter experience are much more robust now than they were a year and half ago... (About) 70 different changes that we have made in policy and products features that have yielded a 10-fold increase in the number of accounts we action for abuse globally than a year ago," he said.

Buy, Sell or hold: What should investors do with Solara Active Pharma Sciences, star health and Vakrangee?