After ousted CEO and co-founder of Uber Travis Kalanick made a move to appoint two directors on the company's board, it now has decided to reduce his power of control on it. 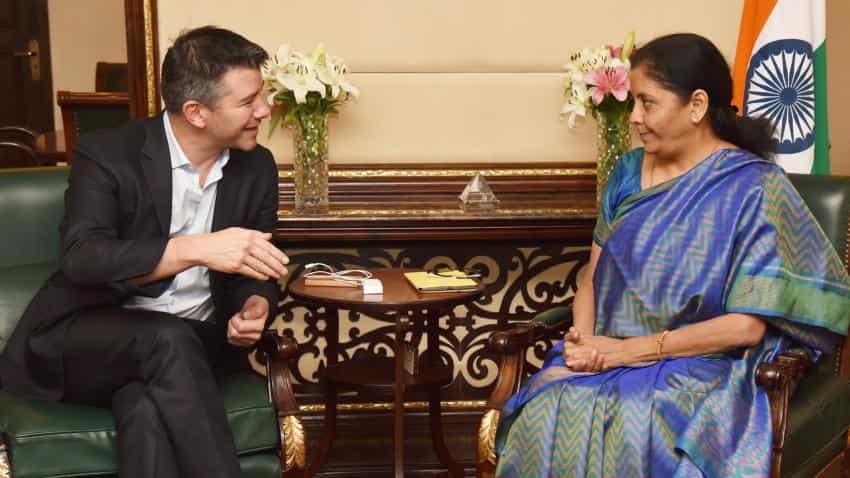 Just a few day after former Uber CEO and co-founder Travis Kalanick reignited the power struggle for the global taxi-hailing cab app company by appointing two new directors on the board, it seems that the move has backfired.

This was after Uber Technologies directors on Tuesday voted to approve a series of changes that increase the independence of the board and decreases the influence of Kalanick.

Uber board did this by voting to allow Japan's SoftBank Group to invest in the company. The company in a statement said the board had agreed to move forward with the SoftBank deal in coming weeks and governance changes at Uber "that would strengthen its independence and ensure equality among all shareholders."

One person familiar with the matter told Reuters that a group of investors including SoftBank, Dragoneer Investment Group and General Atlantic would be allowed to buy $1 billion to $1.25 billion of new Uber shares at a company valuation of $69 billion and 14-17% of stock from current investors at a discounted valuation.

Major investors who are unhappy with the leading smartphone-summoned ride share startup, or who want to cash-in on early investments that have multiplied in value, could take SoftBank up on the offer.

The proposal adopted by Uber's board also promised to put an end to in-fighting between Kalanick supporters and investors who suspected the co-founder was plotting a wily return to the head of the company.

"Today, after welcoming its new directors Ursula Burns and John Thain, the board voted unanimously to move forward with the proposed investment by SoftBank and with governance changes that would strengthen its independence and ensure equality among all shareholders," Uber said in an emailed statement.

"SoftBank's interest is an incredible vote of confidence in Uber's business and long-term potential, and we look forward to finalizing the investment in the coming weeks”, it added.

The Uber board has decreased the room for Kalanick to control the company by a few ways. One being expanding the board of directors in the company from 11 currently to 17 directors. The board would include three independent directors, an independent chairperson and two seats controlled by SoftBank once its investment closes.

It also ended the “super-voting” power of some shares, such as those owned by Kalanick and now shifted to a one vote per share model.

This move by the Uber board is most essential as it cuts Kalanick and some of the other early investors voting powers in the board's decisions.

Rule changes for the board would include requiring two-thirds or more of the board to approve any new chief executive hired before the stock market debut, signaling that newly- appointed boss Dara Khosrowshahi would be safely ensconced at the startup.

The company and new Chief Executive Dara Khosrowshahi are scrambling to portray Uber as a reformed company that is responding to concerns including sexual harassment claims and a U.S. bribery probe.

The appointments were a "complete surprise" to Uber and its board, the company has said in a statement. "That is precisely why we are working to put in place world-class governance to ensure that we are building a company every employee and shareholder can be proud of,” it added.

(With inputs from Reuters and PTI)