Telecom regulator Trai Monday launched a consultation to explore the regulatory framework for over-the-top apps like WhatsApp, Facebook and Google Duo that provide calling and messaging services similar to that by operators. 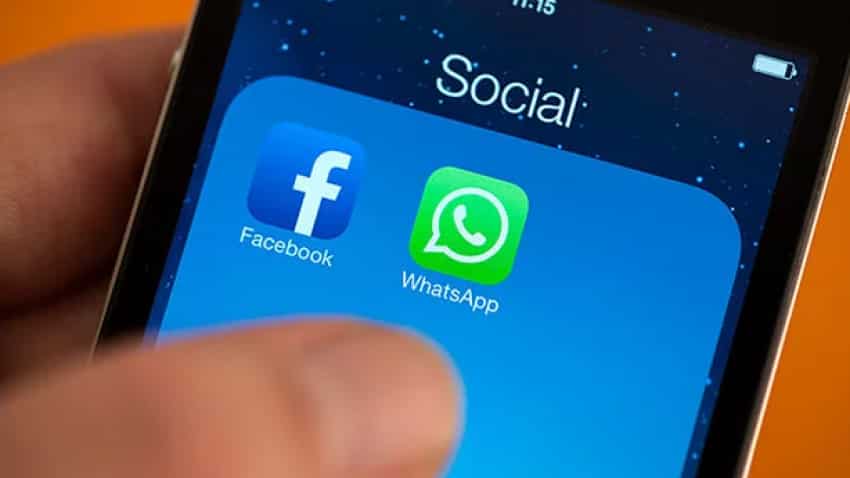 Players like WhatsApp and Facebook have come under the scrutiny of policymakers over issues like data breach and fake news, and the Trai's latest move is expected to increase pressure on such platforms. Image source: Reuters
Written By: PTI
RELATED NEWS

Telecom regulator Trai Monday launched a consultation to explore the regulatory framework for over-the-top apps like WhatsApp, Facebook and Google Duo that provide calling and messaging services similar to that by operators.

The Telecom Regulatory Authority of India (Trai) has sought public opinion on whether same rules should be applied on OTT applications providing calling and instant messaging services as applied on telecom operators. This has been a long-pending demand of telecom operators.

Players like WhatsApp and Facebook have come under the scrutiny of policymakers over issues like data breach and fake news, and the Trai's latest move is expected to increase pressure on such platforms.

"...The Authority has chosen in this consultation to focus only on regulatory issues and economic concerns pertaining to such OTT services as can be regarded the same or similar to the services provided by TSPs," Trai said in the paper.

Sources said that the new consultation paper would impact players like WhatsApp, Skype, Viber and Hike, and may also extend to new offerings by Facebook and Twitter. It would, however not be applicable to video aggregation sites, they said. Emails sent to Skype, Whatsapp and Hike remained unanswered.

The IT Ministry is in the process of putting in place guidelines for social media platforms like Whatsapp that have come under fire for circulation of fake news. However, officials from both Trai as well as IT Ministry insisted that the two initiatives are separate, given that the Ministry is focusing on specific content and data element, and the telecom regulator on the licensing and regulatory aspects of OTT services.

The debate on imposing regulation on OTT players started with the issue of high price arbitrage between tariff that telecom operators charged from their consumers versus free calling and messaging services from OTT players. However, with the decline in voice call rates, the price difference between communication services of OTT players and that of telecom operators has reduced.

Trai said the shift of telecom operators to new networks make their voice call service comparable with that of OTT players from charging perspective as both charged on basis of data consumed. "In this context, it is unclear whether there is a price arbitrage between OTT and traditional services," the regulator said.

In its consultation paper on 'Regulatory Framework for Over The Top (OTT) Communication Services', Trai touched upon pain points that their services, among others, are leading to spread of rumours that adversely impact law and order in the country. The regulator said that telecom operators are required to know their customers using their services and allow lawful interception of communication when required as per law of the land.

It said that OTT players also verify users but the authentications might be done only at the time of installation and activation of service and no further details about the user may be available with OTT players. "It has been observed that sometimes this can lead to security-related issues such as no trace of the user or interception of the content of communication in case of misuse. Further, this may help miscreants to exploit OTT services for spreading rumours without getting traced. Security agencies may feel helpless to control such situations," Trai said.

While the regulator has barred telecom operators from any kind of move that discourages access to any type of content available on the internet, the regulator in the paper said the companies need to make investments, from time to time, in the telecom infrastructure to handle an increase in demand of data traffic.
"This may be done either by enhancing the capacity of networks or upgrading their networks with the latest technologies or a combination of both. Requirement of investments may be dependent upon nature and variety of traffic, types and characteristics of services being delivered. OTT traffic may be difficult to predict and ramp up quickly," Trai said.