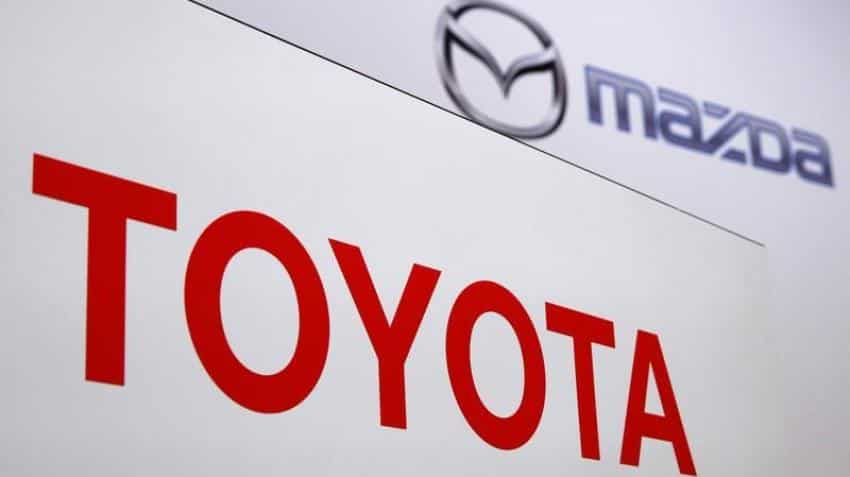 The logos of Toyota Motor and Mazda Motor are pictured before the companies'' joint news conference in Tokyo. Photo: Reuters
Written By: Reuters
RELATED NEWS

A formal announcement on the joint venture will be made later in the day, the sources said, declining to be identified as they were not authorised to discuss the matter publicly.

Global automakers are accelerating their efforts to develop electric vehicles as policymakers in key markets like China demand they shift their product lines to these cars over the next two to three decades.

Toyota said it has been conducting various studies with Mazda to boost their alliance. A Denso spokesman declined to comment. Mazda said nothing had been decided yet.

Shares in Mazda were up 3 percent in morning trade, while those in Denso were up 1.8 percent. Toyota shares were flat.